Have a Windows PC? Then you probably get security updates, bug fixes, and new features through Windows Update. That means Microsoft pushes updates over the internet and you can download and install them automatically or on your own schedule — and it doesn’t matter what company made your computer or where you bought it.

Have a Windows Phone? Then you might have to wait for the phone maker and wireless carrier to approve an update before it’s made available… if it’s ever made available.

But that could change when Windows 10 Mobile launches later this year. 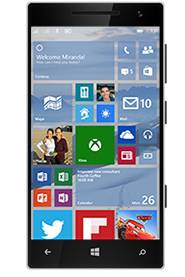 Microsoft’s Terry Myerson wrote in a blog post earlier this month that the company’s “continuous update process applies to all Windows 10 devices, including phones,” and ZDNet’s Ed Bott received confirmation that this means Microsoft is taking charge of the update process for smartphones and small tablets running Windows software.

So Microsoft will decide when to send out software updates for Windows 10 Mobile, not your wireless carrier.

Theoretically that should mean it won’t matter if you have a Microsoft Lumia phone, an LG Lancet, an HTC One M8 Windows phone, or another device. And it shouldn’t matter what wireless network you’re using. Updates should roll out regularly for Windows 10 Mobile just like they will for Windows 10 for traditional PCs.

It remains to be seen just how well reality will keep up with theory though: will Microsoft be able to continue updating phones indefinitely? Or will the company eventually drop support for older devices that can’t handle the latest features?

Bott also notes that the Microsoft-controlled updates will be available for all devices running Windows 10… but only after they’re running Windows 10. Any existing device that currently runs Windows Phone 8.1 should be able to support Windows 10. But it’s still up to carriers to decide if or when to roll out the free update to Windows 10.