Microsoft is outlining the kind of hardware you’ll need to run Windows 10 on all sorts of devices. We already knew that you’d be able to run the desktop version of Windows 10 on pretty much any PC that can handle Windows XP or later. But now we know what kinds of phone and tablet hardware is officially supported.

The new system requirements also suggest we could see some devices with brand new hardware. For instance, while Windows 10 Mobile will run on phones with Qualcomm processors just like Windows Phone 8.1 does, the mobile version of Windows will also support phones and small tablets with Intel Atom x3 “SoFIA” processors. 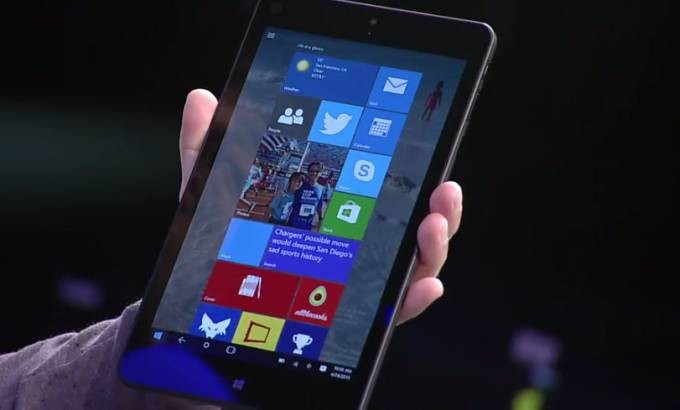 Windows 10 Mobile won’t be available until later this year, but it should be able to run on most phones that currently run Windows Phone 8.1 software.

The system requirements haven’t changed much: you need at least 512MB of RAM, at least 4GB of storage, an 800 x 480 pixel or higher resolution display, WiFi, and cellular voice and data capabilities for phones.

But the mobile version of Windows 10 isn’t just for phones. It can also run on tablets with screens smaller than 8 inches.  Mobile data and voice features are optional for tablets, but they’ll at least need to have WiFi connectivity.

Bluetooth, microSD card slots, and other hardware are all optional. Expect to see some really inexpensive devices designed for Windows 10 Mobile.

That doesn’t mean there won’t be high-end devices though. Microsoft says Windows 10 Mobile also supports devices with screen resolutions up to 2560 x 2048 pixels. You’ll need a device with at least 4GB of RAM to support a screen resolution that high.

The desktop version of Windows 10 launches on July 29th, and runs on most consumer and business-oriented computers including notebooks, desktops, and tablets with 8 inch or larger screens.

That’s right: Microsoft doesn’t want PC makers to offer any more 7 inch tablets with the desktop version of Windows. But if you already have an HP Stream 7 or a similar tablet, you should be able to upgrade to Windows 10 anyway.

Minimum requirements for Windows 10 for desktops include:

Servers will require hardware with 1.4 GHz or faster 64-bit processors, at least 512MB of RAM, and at least 60GB of storage.

Windows 10 IoT core, on the other hand, is designed for low-power devices like the Raspberry Pi 2. All you need is an x86, x64, or ARM processor clocked at 400 MHz or higher, 256MB of RAM, and at least 2GB of storage.