Microsoft is rolling out the first major update to Windows 10 since launching the operating system in July… although most of the changes have to do with performance improvements rather than new features. There are a few new features though, particularly for enterprise users. 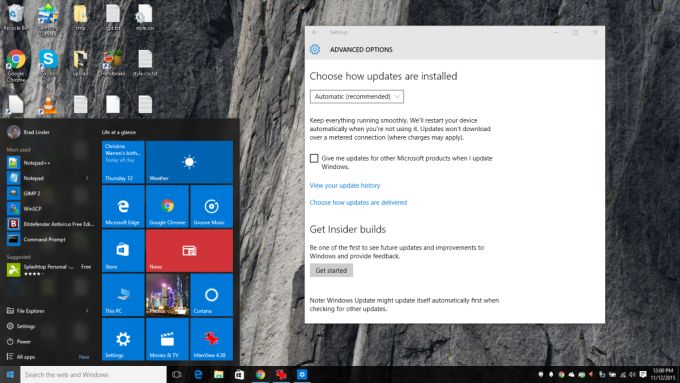 Here’s what’s new for most users: Microsoft says performance for many common tasks has been improved, the Microsoft Edge web browser is faster, more secure, and has some new features including previews of web pages when you hover over a tab, and handwriting recognition when you use a pen to write a note in Cortana.

Microsoft has also updated many of its core Windows 10 apps including Calendar, Groove (Music), Mail, and Photos.

The November update also includes all of the smaller updates that Microsoft has rolled out since Windows 10 launched in July. So while the update will roll out to existing users through the Windows Update service, this is also the new version of Windows 10 which you’ll get when you install the OS on a new machine or upgrade from Windows 7 or Windows 8.

One reply on “Windows 10 gets it first major update”