The Windows 10 Fall Creators Update is coming soon, and it’ll bring the new look and feel of Fluent Design, new cloud-based features that let you pick up where you left off when switching between Windows devices, and a number of other updates (although at least one of those updates isn’t ready just yet).

But Microsoft is also killing some legacy Windows features with the Fall Creators Update. 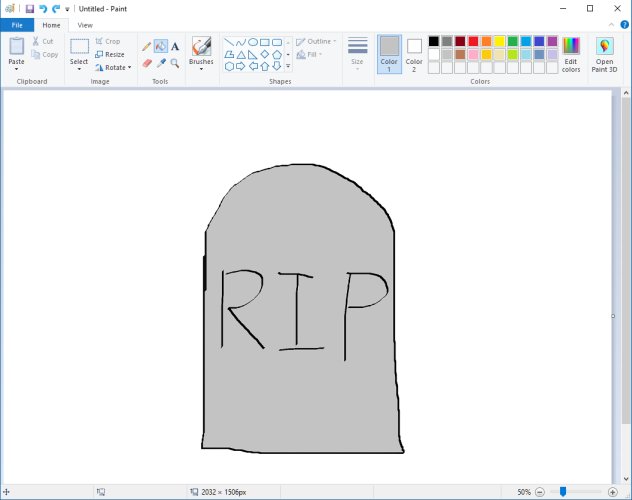 For example, Outlook Express is being removed from Windows altogether. The Reader and Reading List apps are being killed… but their functionality will be added to the Edge web browser. And Microsoft Paint is being deprecated, which means it’ll still be available, but development has ended and the app’s days may be numbered.

That last one’s not particularly surprising, since Microsoft introduced a new app called Paint 3D with the Windows 10 Creators Update.

Other features that are being removed include the 3D Builder app, screen saver functionality in themes, syskey.exe, and TPM owner password management.

You can find a complete list of removed and deprecated features, along with more details, at Microsoft’s support page.

Update: Microsoft says Paint will be moving to the Windows Store, where it will be available as a free download. But the company makes no promises that it’ll receive any updates, only saying that the new Paint 3D app will continue to receive new features moving forward.