Microsoft is starting to show off new features for the upcoming Windows 10 operating system. The OS is designed to run across a range of devices including phones, tablets, and notebooks, and the latest builds are designed to make it easy for users to transition from tablet to notebook mode or back again when using 2-in-1 devices.

For instance, the Continuum feature asks you when you detach a tablet from a keyboard dock if you want to enter tablet mode.

The next preview build of Windows 10 will be available the last week of January, while the first build for phones launches in early February. 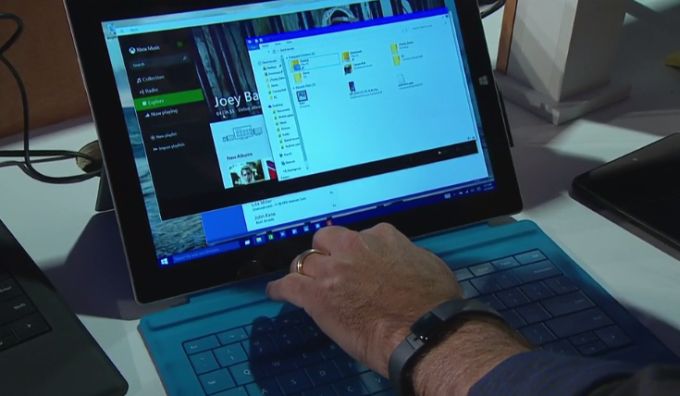 This automatically makes any of the apps you’ve been running in small windows change to full-screen apps which respond to touch gestures such as swipe-down from the top of the screen to close apps or swipe from the side to switch between running apps.

In other words, touch gestures aren’t limited to Windows Store apps anymore. You can use them to navigate through classic Win32 apps. 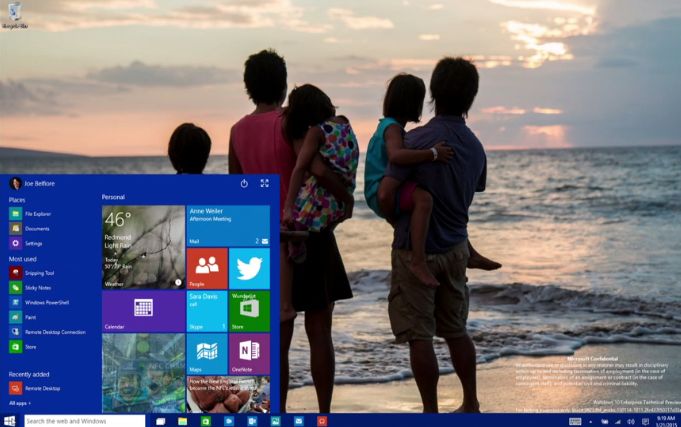 And while there had been some rumors suggesting that small Windows tablets would only be able to run full-screen apps in the future, and not desktop-style apps, Microsoft has shown off an early build of Windows 10 which can run either type of app — and in fact, you can run Windows Store apps in smaller Windows which you can move about the screen. 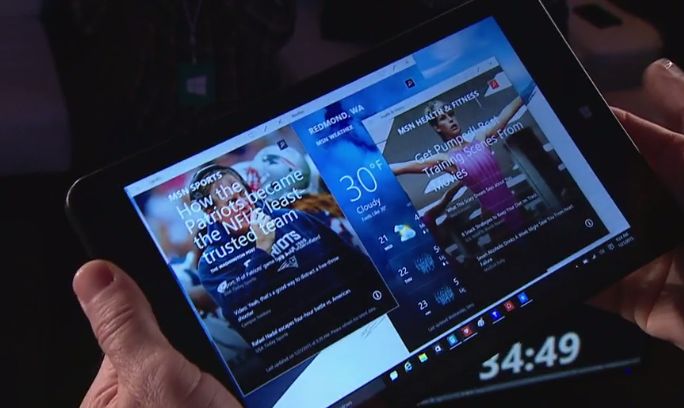 Speaking of the Start Menu, when you’re using a device in tablet mode it’s automatically a full-screen, Windows 8.1-style Start Screen. When you’re in desktop mode, it becomes a Windows 7-style Start Menu… with the addition of live tiles.

If you want to use the Start Screen in laptop mode though, there’s an option to make it full screen. 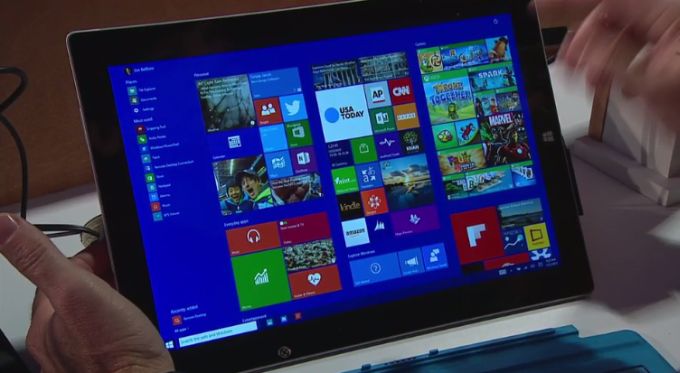 Microsoft has also merged some of the features that were in separate areas in Windows 8.1. There’s a new Control Panel, for instance, which includes access to settings that had previously been in the Windows Settings and Control Panel. 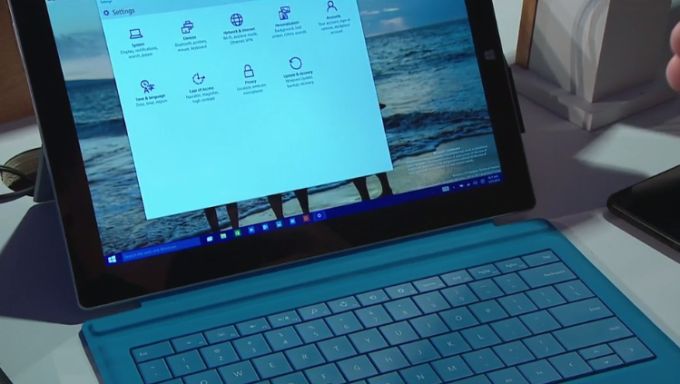 Windows 10 also includes a new actions and notifications center which replaces the Windows 8 Charms menu when you swipe from the right side of the screen, and Microsoft has brought the Cortana digital voice assistant to Windows 10.

Up until now, Cortana had only been available on Windows Phone devices. 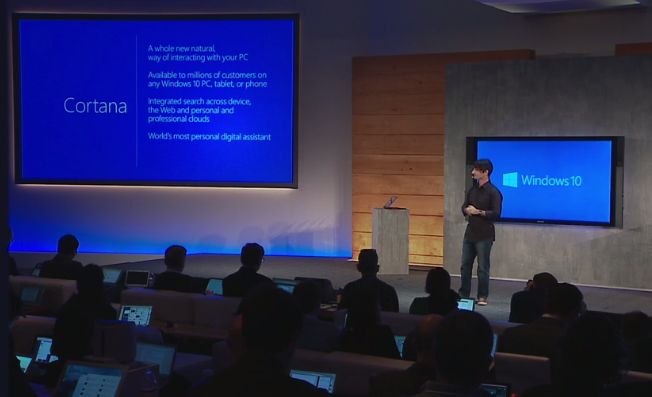 In addition to letting you ask your computer questions, Cortana lets you dictate messages, make appointments, and more.

Microsoft says Cortana for PCs will begin rolling out to Windows Insiders in the next few months.

There will also be a series of universal Windows apps that work across phones and PCs, including a new music app that syncs your music library across devices. 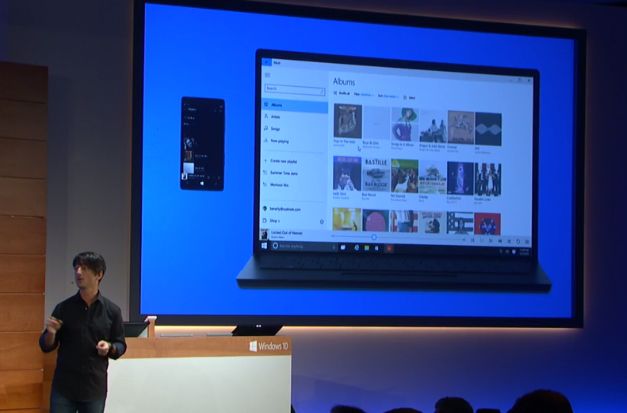 The new music app will work with a new OneDrive cloud storage service: later this year you’ll be able to upload your music collection to the internet and access it on your phone or PC (much the way Google lets you do with Google Play Music).

19 replies on “Windows 10 is designed to work on tablets, notebooks, and phones”