Now word on the street is that the latest build is the RTM (Release to Manufacturing) version.

That means Insiders running build number 15063 are already using the Creators Update. But if you’re not a member of Microsoft’s beta testing program, Neowin reports that there are a few ways to download and install the software ahead of its official release. 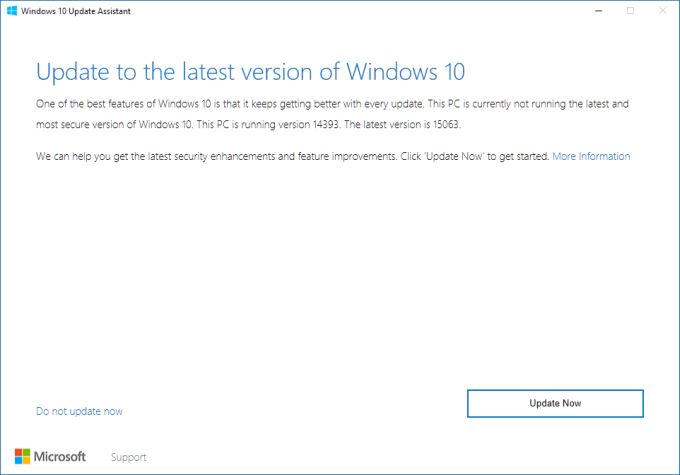 First up, you can download the Windows 10 Insider Preview Build 15063 64-bit or 32-bit disc images and use them to install the operating system.

Or if you want to update from an earlier version of Windows 10, you can use the latest version of the Windows 10 Update Assistant,

Among other things, the Creators Update includes: