One of the most surprising things about Windows 10 is that it supports some Linux software. That’s thanks to a feature called the Windows Subsystem for Linux (WSL) which is an Ubuntu-based file system designed to let developers run command line tools in a Linux terminal window.

Now that Microsoft has begun rolling out the Windows 10 Creators Update, the company is also outlining some of the new features in WSL. 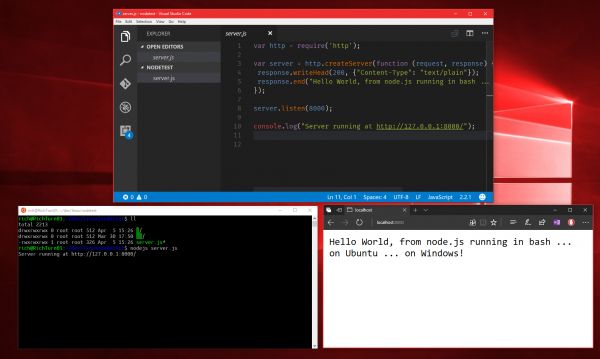 First up, the Ubuntu system has been updated from Ubuntu 14.04 to Ubuntu 16.04. Next, there’s better compatibility with command-line apps.

One particularly cool update? There’s less of a gap between Windows and Linux experiences. You can now launch Windows apps from a Bash terminal, or run Linux apps from a Windows PowerShell window.

In a blog post, Microsoft’s Rich Turner also notes that the company is well aware that some people have gone beyond the command line by a full Ubuntu desktop environment, GUI apps, and even alternate GNU/Linux distributions.

And while GUI apps aren’t officially supported, Microsoft has added mouse support for apps like Midnight Commander which have a text-based user interface, but which also support mouse nnavigation.

Turner says that Microsoft is only officially supporting command line tools… but the company also has no plans to block users from running full-fledged desktop environments or apps with a graphical use interface. 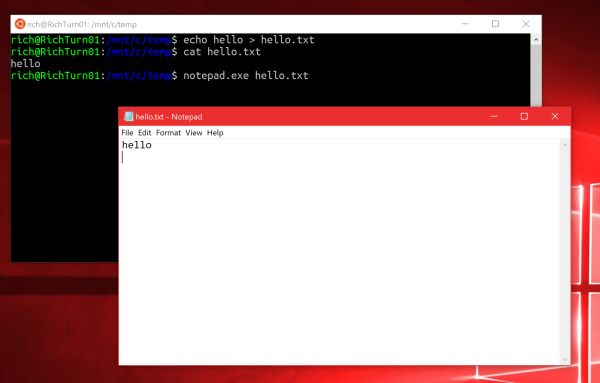 Microsoft recommends anyone using a version of WSL based on Ubuntu 14.04 replace that instance with a clean install of Ubuntu 16.04. But if you don’t want to lose access to everything you’ve set up, there is an option to do an in-place upgrade.

You can find out more about the (mostly developer-centric) changes in Turner’s blog post, at the release notes page, and in the issue tracker at github.