Microsoft has announced that the next major version of Windows is coming in early 2017, and it’ll be called the Windows 10 Creators Update. That’s because some of the most noteworthy new features are aimed at content creation.

Like this year’s Windows 10 Anniversary Update, the new update will be available for free on any computer that’s currently running Windows 10.

While the update will be widely available in 2017, Microsoft is sharing early previews with members of the Windows Insiders program starting this week.

Some of the features Microsoft is highlighting include 3D content creation and gaming.

There are new tools for creating 3D imagery which can be manipulated on the screen, sent to a 3D printer, or used in a HoloLens or similar virtual reality or augmented reality device. 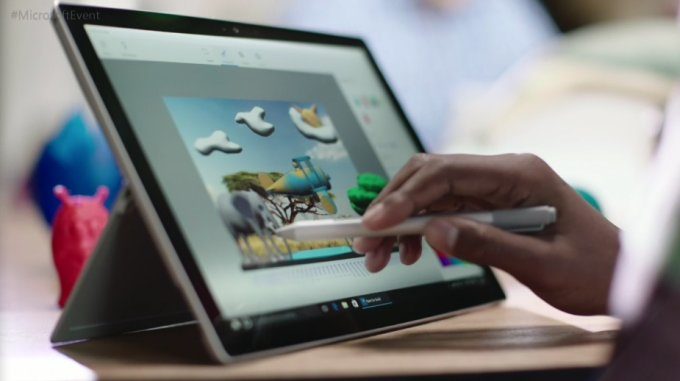 For example, the company showed off a new Capture 3D smartphone app that lets you use a Windows phone to walk around an object and capture it from every angle to create a virtual representation.

In an on-stage demo, Microsoft showed this working with an HP Elite x3 smartphone circling a sand castle, but it should be available for additional devices in the future. 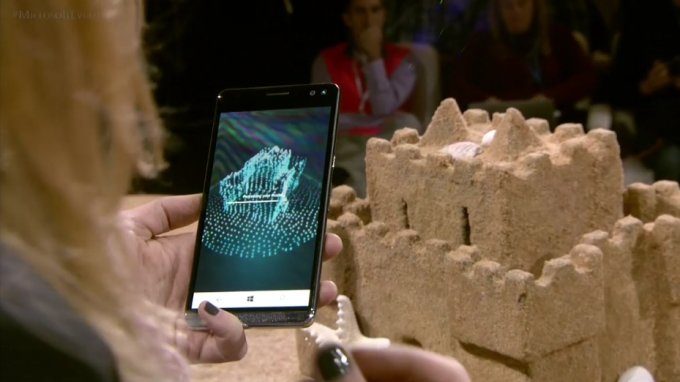 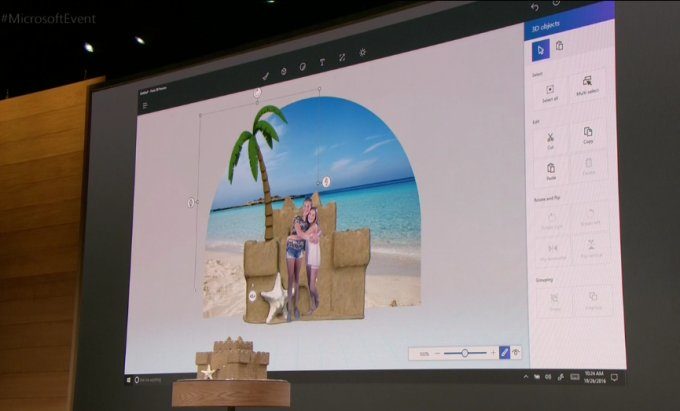 There’s also a doodle tool in Paint 3D that makes it easy to sketch a 2-dimensional object and quickly turn it into a 3D item that can be rotated within the app. 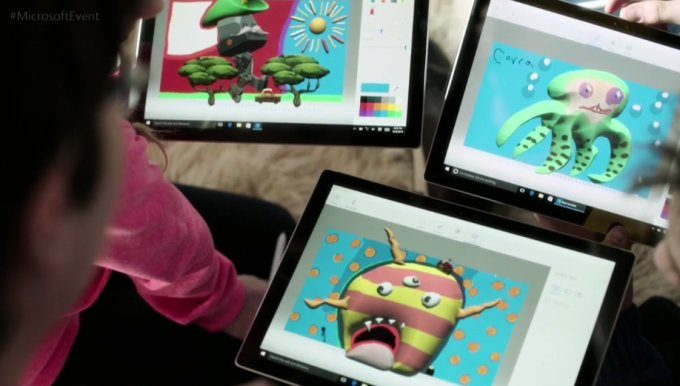 Microsoft is also showing how 3D objects can be added to PowerPoint presentations. You can insert an 3D image the same way you would a 2D one… but you can rotate the graphic within PowerPoint to get the angle you most want to see.

You can also add animation to your presentation by zooming or panning the image while the presentation plays. 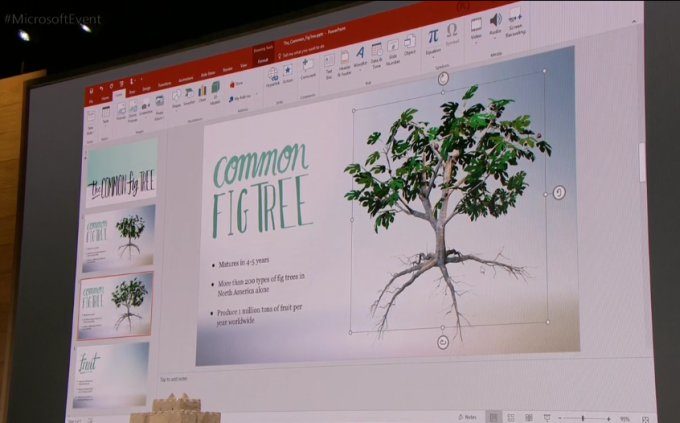 The Microsoft Edge web browser is also gaining support for 3D objects which you can interact with using HoloLens. Just tap on an item in the browser while wearing the augmented reality headset and you can view a virtual item in your real environment.

For example, Houzz will feature furniture and other items that you can virtually place in your house to see how they’ll look in your space.

Windows 10 includes an updated Xbox app with built-in support for broadcasting gameplay over the internet thanks to Beam integration. Viewers can also suggest actions for you to take in real-time.

Games can be broadcast at up to 4K resolutions.

Microsoft is also building new social tools into Windows 10, including a new sharing utility that lets you share just about anything just by dragging it from your desktop to an icon for a person in your taskbar… or by clicking the share button in any supported app. 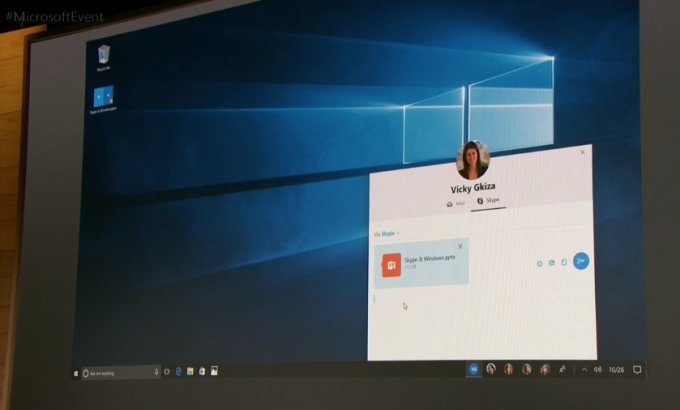 Of course, this only works if the people you want to share with are using Microsoft’s social and communications apps… but Windows 10 Creators Update will bring a bunch of those apps and services together in one place.

That includes Mail and Skype, as well as SMS Relay if you’re either using a Windows Phone or an Android device with the Cortana app installed (and SMS relay enabled). Soon Xbox Live and Skype for Business will be included.

So here’s how it works: you get a text message from a contact. It shows up on your desktop. But when you click the message, you can also view your contact’s info and choose to switch to a Skype or Mail view if you want to respond using a different app or look up something from an earlier conversation.