Windows 10 lets you choose the default app you want to use to open specific file types — but it can be a bit of a pain to actually do it.

Now the company is beginning to roll out an update to members of the Windows Insider Preview program that makes things a lot easier.

Rather than scrolling through an enormous list of file types until you find PDF, MP3, or whatever you’re looking for, you’ll be able to just type a file type into the search bar. 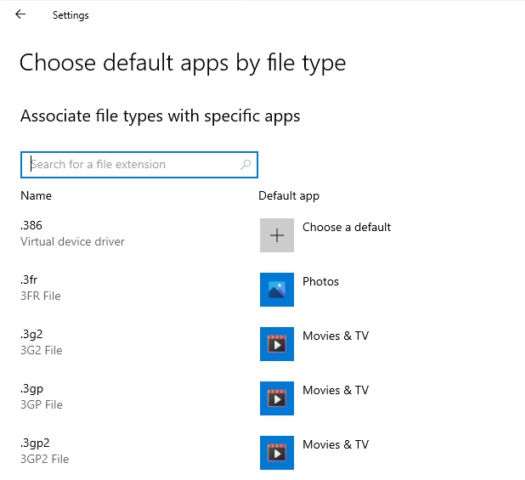 The new behavior is baked into the Settings app of Windows 10 Insider Preview Build 19608, which is rolling out starting today.

Microsoft says it’s starting by making the search tool available to half of Insiders in the Fast ring while the company solicits feedback before rolling it out more widely. Folks who don’t want to beta test pre-release software will have to wait a bit longer for the feature to make it into a stable build of Windows 10 sometime down the road.

Other updates in Windows 10 Build 19608 include a number of bug fixes and some new features for the Your Phone app, including:

3 replies on “Windows 10: Choosing default apps for file types to get way easier”