Here’s the sales pitch for Windows 10 laptops and tablets with ARM-based processors: you get super long battery life and smartphone-like always-connected capabilities in a device that can be thinner and/or lighter than a typical Intel or AMD-powered computer.

But there’s a tradeoff: today’s fastest ARM processors still offer the kind of power you’d expect from a cheap Intel chip. And Windows 10 on ARM comes with a laundry list of limitations that mean some Windows applications won’t run at all, and others may run slowly.

So it’s probably not surprising that the first reviews of Windows 10 on ARM laptops show that these gadgets are a mixed bag that are probably only really worth the money for folks with very specific needs. But they could also provide a sneak peek toward the future of on-the-go computing. 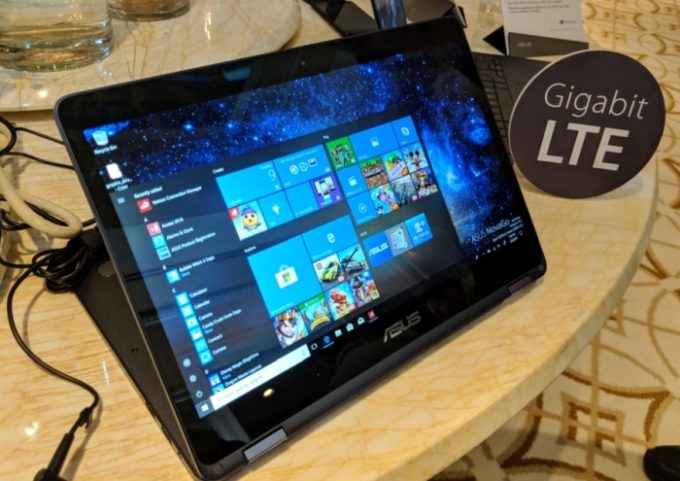 Three Windows 10 computers with Qualcomm Snapdragon 835 processors are set to hit the streets soon: the Asus NovaGo convertible laptop, the HP Envy x2 2-in-1 tablet, and the Lenovo Miix 630 2-in-1 tablet.

I’m hoping to review one or more of these computers myself, but for now let’s take a look at some of the reviews other websites.

While I’ve been told that HP isn’t sending out demo units yet, the folks at Laptop Magazine somehow managed to get their hands on one, and they published an HP Envy x2 review yesterday.

Today Laptop Magazine, CNET, The Verge, Gizmodo, and Engadget all published reviews or previews of the Asus NovaGo. I haven’t seen any detailed reviews for Lenovo’s entry into this space yet.

The general consensus seems to be that these machines really do deliver on the promise of long battery life and always-connected capabilities thanks to the integrated 4G LTE modem.

The HP Envy x2 is said to get up to 15 hours of run time, while the Asus NovaGo reportedly gets 11-12 hours. 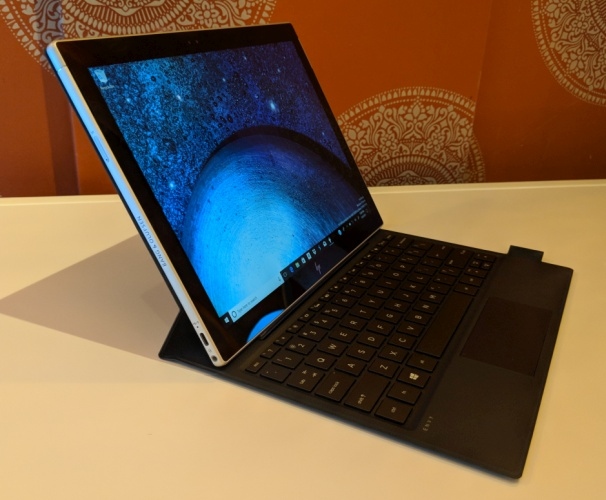 While those numbers are pretty good… they’re not exactly unheard of. There are a number of Intel-powered laptops and tablets that offer similar run time.

You can also find some Intel and AMD-powered laptops with SIM card slots and 4G LTE support… although they’re usually premium machines aimed at business customers.

But here’s the thing: the HP, Asus, and Lenovo computers with Windows 10 on ARM aren’t exactly cheap, with prices running anywhere from $599 to $999.

Meanwhile, the laptops all ship with Windows 10 S, and for good reason. While you can switch to Windows 10 Pro for free if you want to install Win32 apps, performance with any third-party software that’s not available from the Microsoft Store is likely to be hit or miss. For example, the Verge points out, that Chrome is slow to launch, slow to load pages or switch between tabs, and stutters while scrolling, while Microsoft’s Edge web browser runs smoothly. Laptop Magazine encountered a driver error when installing OpenVPN, and video editing tool HandBrake crashed repeatedly.

Theoretically Windows 10 on ARM is full-fledged Windows 10. But compatibility and performance issues mean that there are some things you can easily do on an Intel-powered computer that you wwouldn’t do on a device like the Asus NovaGo.

That may change in the future. Upcoming ARM-based chips are likely to be faster, and Microsoft is likely to continue improving Windows on ARM performance… assuming enough people buy the first-generation devices to justify building second-generation models.

And right now it’s a little hard to imagine that this’ll happen. 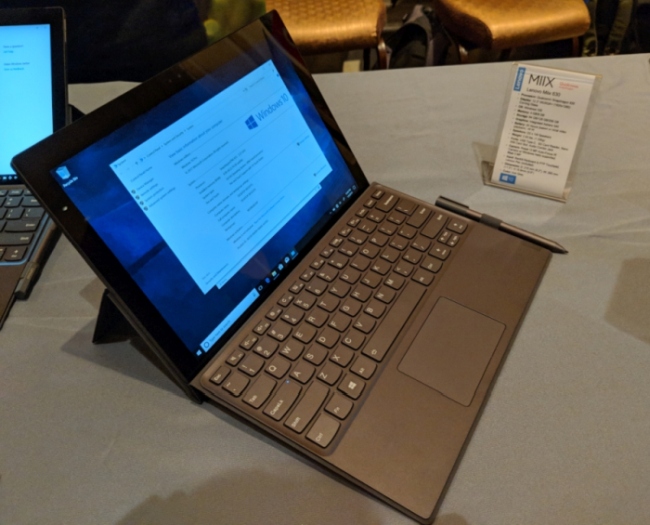 Windows 10 on ARM is a lot more functional than Microsoft’s last desktop version of Windows for ARM devices. Windows RT came out around the same time as Windows 8, but it was only capable of running Windows Store apps. That’s not true this time around.

But I think there was another important reason Windows RT never really took off: it didn’t solve a problem anyone had. While Microsoft was busy creating a version of Windows that could run on ARM chips as a way to enable longer battery life, thinner devices, and lower price tags, Intel was busy improving its low-power processors. By the time Windows RT launched, it had to compete with low-cost, Intel-powered tablets that could do everything a Windows RT device could do and much, much more.

The new Windows 10 on ARM is certainly a technological feat: it has far fewer limitations than Windows RT thanks to emulation that allows x86 apps to run on devices with ARM-based chips. But the first Windows 10 on ARM devices to launch are priced as high as mid-range or high-end laptops and they seem to offer a more frustrating and unpredictable user experience and middling performance.

On the bright side you probably won’t need to carry a charger with you as often if you’re using one.

While I don’t know if Windows on ARM will be around in a few years, it is likely that we’ll start to see more always-connected PCs in the future. At this point cellular connectivity isn’t a feature that’s in all that much demand. I don’t know about you, but most of my smartphone data consumption is done over WiFi. I just don’t find myself away from WiFi often enough to justify spending extra on an always-connected laptop and data plan.

But as 5G and future technologies roll out, it’s possible that we’ll be connecting more Internet of Things devices (including wearables, autonomous vehicles, and smart home gadgets) to the internet using cellular networks. If and when that happens, it’s likely that the economics of wireless data plans may change, and we’ll get to a point where it costs little to add an always-connected computer to your data plan.

For now, it really seems like early reviews suggest that devices like the Asus NovaGo and HP Envy x2 are really aimed at the limited subset of folks who need those features today and who are willing to sacrifice some performance for portability.

As for incompatibility with some legacy apps… I suppose that hasn’t stopped Chromebooks from finding a niche. But it will probably always feel weird to run an operating system that looks just like Windows 10 on other machines, but which cannot do some of the things Windows 10 can do on a computer with an x86 processor.