Microsoft has two new versions of Windows 10 on the way. Windows 10 S is a streamlined version of Windows that will only run software downloaded from the Windows Store in order to improve security, performance, and the software update process. Designed with the education market in mind, it will also be available for mainstream users, and Windows 10 S is the operating system that will ship on the upcoming Surface Laptop… although you can upgrade to Windows 10 Pro if you find the stripped down operating system too restrictive.

But you know what else isn’t particularly stripped down? The new version of Windows 10 designed to run on ARM-based processors. 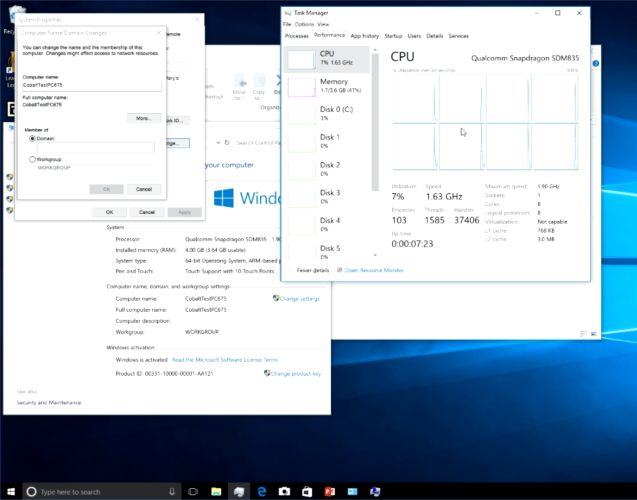 First announced last year, Microsoft provided an update on Windows 10 ARM at the MS Build developer conference today. And the company confirmed that not only would Windows 10 ARM be able to run legacy apps developed for computers with x86 processors… but you’d be able to just download any old Win32 app from the internet, install it, and run it on a computer running Windows 10 ARM.

Developers don’t need to convert their software in any way, because Windows 10 ARM includes a built-in emulation layer that allows Win32 apps to run on an ARM-powered system.

But Microsoft demonstrated how you could download a common program like 7zip from the internet and simply install it on a device with a Qualcomm Snapdragon 835 processor. 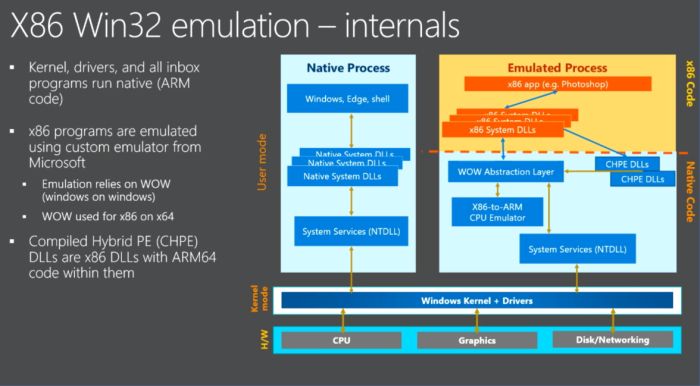 Of course, developers can also package software optimized for ARM as Universal Windows Platform apps for distribution in the Windows Store. But they don’t necessarily have to.

Qualcomm’s Snapdragon 835 chip is expected to be one of the first to support Windows 10 on ARM, and while it’s Qualcomm’s most powerful mobile processor to date, it’s still not exactly a speed demon by PC standards. Like any PC with a relatively slow processor, systems with ARM chips will probably be unable to compete with the machines featuring the latest high-end Intel or AMD processors when it comes to gaming or other complex tasks like video rendering. 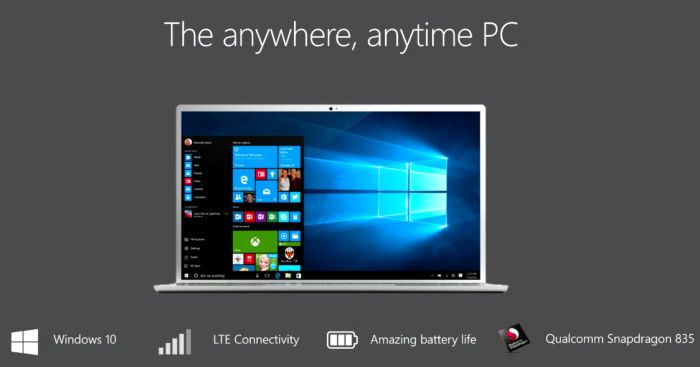 But devices with this sort of chip get many of the benefits of ARM-based processors including relatively low power consumption and integrated wireless connectivity features. That could made ARM-based systems a good choice for hybrid devices like 2-in-1 tablets… or maybe even 2-in-1 smartphones that also offer PC-like functionality when docked to a mouse, keyboard, and display.