Starting with the launch of Windows 10 last year, Microsoft made it easy to roll back to an earlier version of Windows if you encountered problems. The gave users upgrading form Windows 7 or Windows 8.1 about a month to decide whether to roll back the update.

But Microsoft says most people didn’t need 30 days to make that decision: they either rolled back within a few days or not at all.

So starting with the Windows 10 Anniversary Update, which launched earlier this week, users now have 10 days to roll back to an earlier build. 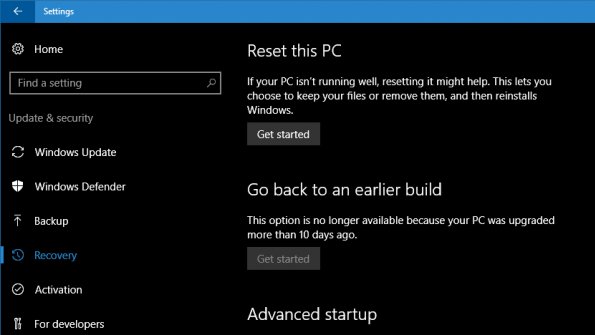 Richard Hay noticed that change and wrote about it at WinSupersite, where he also includes a comment form Microsoft indicating that the change was made to free up additional storage space.

One major reason there’s a time limit at all is that in order to enable users to roll back, Windows 10 hangs onto all the files necessary to switch back to a previous version of Windows. Deleting those files after 10 days instead of 30 will free up around 3GB to 5GB of disk space more quickly.