Microsoft has been trying to make Universal Windows Platform (UWP) apps a thing since it launched Windows 8 and the Windows Store in 2012. Seven years later, Microsoft isn’t officially giving up on UWP… but the company is also acknowledging that developers and users aren’t particularly keen on the platform.

So after years of insisting that the only apps and games you’d be able to download from the Microsoft Store (which is what the Windows Store is called now), Microsoft has finally thrown in the towel and announced that Win32 apps are coming to the store. 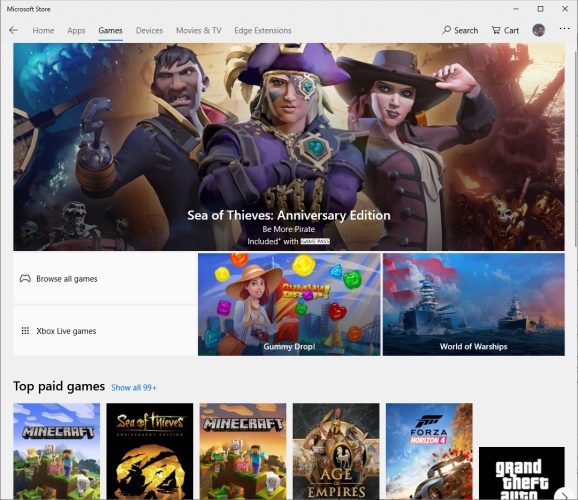 In a post on the Xbox blog, Microsoft VP Phil Spencer says the folks at Microsoft “recognize that Win32 is the app format that game developers love to use and gamers love to play, so we are excited to share that we will be enabling full support for native Win32 games to the Microsoft Store on Windows.”

Translation: Microsoft hasn’t been able to convince developers to create UWP versions of their games and submit them to the store… and without enough good apps and games there’s not much reason for users to even visit the store.

This does mean sacrificing some of the benefits of the Universal Windows Platform such as security features and the native ability to run across a range of devices using a common API and adapting to different screen sizes, resolutions, and DPI settings.

The good news is that there’s a chance we could see more games in the Microsoft Store soon and that you’ll be able to buy once and play on multiple devices just by logging in with your Microsoft account.

Is the Microsoft Store going to become competitive with other PC game platforms like Steam, GOG, or the Epic Games Store overnight? Probably not. But if Microsoft’s change of heart does encourage developers to actually bring their games to the store, maybe users will fee the urge to click that little shopping bag icon on their Windows PCs from time to time to see what’s new.

As for UWP, even Microsoft isn’t focusing on it much these days. As The Verge notes, the company still has a touch-friendly, UWP version of its MS Office apps… but Microsoft hasn’t added new features in quite some time and is instead shifting its focus to Android, iOS, Win32, and web.

2 replies on “Win32 games are coming to the Microsoft Store”