A few years ago a company called WIMM Labs started showing a smartwatch with a 1 inch screen and an Android-based operating system. It might have been a bit ahead of its time — in the next year Samsung, Apple, and many other companies are expected to launch their own smartwatches, while WIMM’s device has sort of faded out of view.

But as GigaOm reports, the reason you don’t see a lot of WIMM smartwatches in the wild might not necessarily be due to any failure on the company’s part. It could actually be a sign of success: It looks like Google acquired WIMM Labs in 2012 and brought many of the company’s employees into the Google Android team. 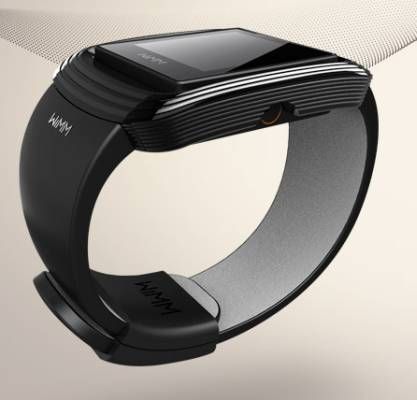 One of the things that makes WIMM’s technology interesting is that it doesn’t just let you pair the watch with your phone to view notifications or control music playback on your phone. There’s also support for apps that run entirely on the phone, including games, clocks, a stock tracking app, pedometer app, a tip calculator, and more.

Google hasn’t made any official statements about its plans for smartwatches, and the acquisition of WIMM happened pretty quietly. So there’s no telling when, or even if the company will publicly launch any sort of wristwatch-related devices or software.

After all, it’s not like the company is putting all its wearable computing eggs into the wristwatch basket. Google has been pushing its Google Glass eye-level computer pretty hard this year.