Looking for an easier way to top off your smartphone battery? There are phones that support quick charging, and wireless charging. One day there may be support for solar charging — without the need for traditional solar panels.

Researchers at Kogakuin University in Japan have been working on a transparent lithium-ion battery that can be recharged by sunlight. The battery uses existing lithium-ion technology. 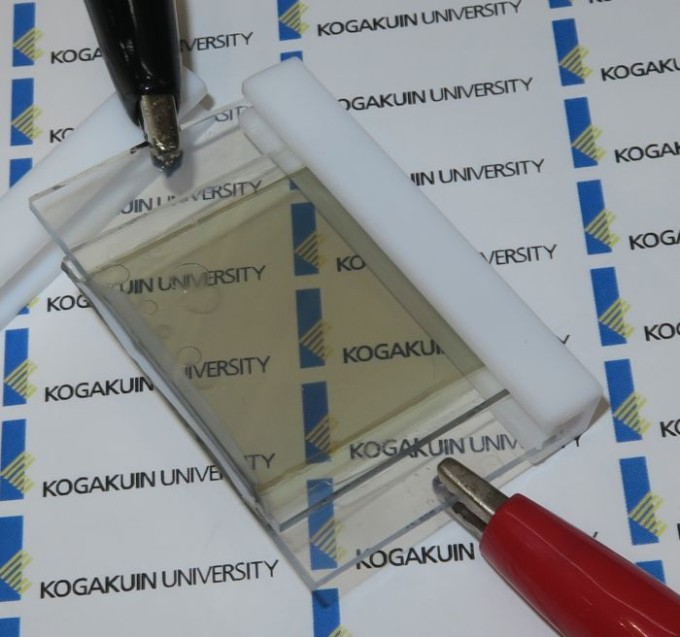 During a demonstration at Innovation Japan 2015, the group’s leader, Prof. Mitsunobu Sato explained that the goal of the solar-powered translucent battery is to create what has been dubbed the “smart window.” The researchers are working toward creating technology that could story battery energy, as well as actively change the structure of the window, like providing tint during daylight.

Transparent batteries have been around since 2011 when Stanford researchers developed flexible battery technology using miniscule electrodes that made it look like the cell was see-through.

Kogakuin University’s team improved this technology by changing the chemical makeup of the electrodes so that they recharge when in direct sunlight.

This smart window technology could be replace the glass screens used on smartphones, or even the exterior casing of a phone. The rechargeable cell could juice up your device while you are sending text messages or checking Twitter outside.

However, this technology, just like the first transparent battery, is still in the early stages of development and may never even see the light of day.

One reply on “Will transparent, solar-charged batteries see the light of day?”