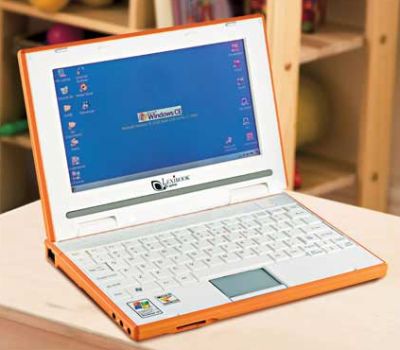 Liliputing reader John Hogg wrote in to let me know about yet another Windows CE-based mini-computer on the market. UK online retailer Argos is selling a netbook-shaped machine, but instead of Linux or Windows XP it runs Windows CE and comes with a word processor, spreadsheet, windows media player, and 15 language translator.

I’m a bit wary of the fact that there’s little info on the product page and that the company claims “No installation needed, all software preloaded and ready to use!” That kind of claim (with an exclamation point, no less!) seems to indicate that there might not be a ton of third party software available for this machine’s combination of CPU and screen resolution.

Companies have been pumping out light-weight clamshell devices using Windows CE for over a decade now, although there’s been a bit of a dry spell over the last few years. Is the success of netbooks like the Asus Eee PC leading to a resurgance? Recently we’ve seen several signs pointing to a definite maybe. First there’s the Cuol Book, another Windows CE-based machine available in the UK. Then there’s the fact that 3K and perphaps other companies putting out their own versions of the Razorbook 400 will soon be releasing a model running Windows CE instead of Linux. Finally, Quarta plans to release software that will let you load the light-weight Microsoft operating system on machines that are built to handle full desktop OSes like Windows XP and Linux, including the Acer Aspire One and Lenovo IdeaPad S9.

While there are certainly some advantages to Windows CE, including longer battery life and instant on/off features, the OS can’t handle full desktop apps like Firefox or OpenOffice.org. Still, if a company would release a good Windows CE-based device for about half the price of your typical netbook (about $150 seems fair), I’d certainly think about picking one up.

12 replies on “Will the netbook revolution lead to a rise in Windows CE handhelds?”