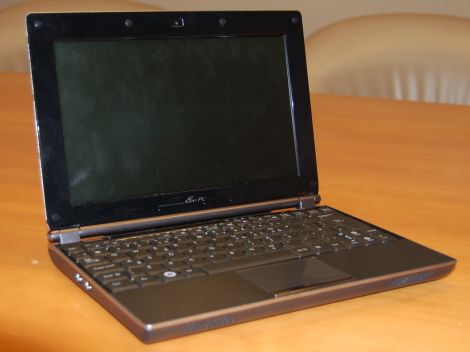 Laptop Magazine got to spend a few minutes with a non-functional Asus Eee PC 1002HA netbook yesterday. Non-functional, as in it didn’t have a hard drive and wouldn’t power on. But you can check out a bunch of pictures of the shiny new chassis which looks like a cross between the Asus Eee PC 1000H and Eee PC S101 cases. Which is to say, this netbook is a little thinner and a lot nicer looking than the Eee PC 1000H.

The Eee PC 1002HA is scheduled for a December release in the US, and CNet says it will cost about $499, which is a bit more than the going rate for an Eee PC 1000H right now. And that’s why I was disappointed to read Laptop Magazine’s comment that this model is expected to replace the 1000H. Hopefully Asus will make a higher capacity battery available as an option and continue selling the 1000H for a while longer until the new battery is available, and the price on the 1002Ha drops a bit. With competitors including Lenovo, HP, and MSI continuing to push low priced netbooks with 10 inch screens, it doesn’t make sense for Asus to phase out its cheapest 10 inch model in favor of a pricier version just yet.