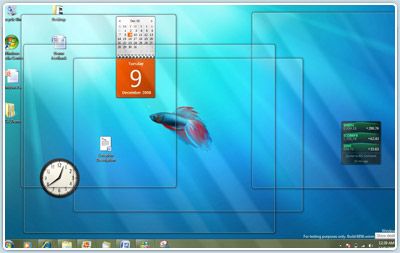 CNet UK reports that Microsoft officials are saying the company plans to release a version of Windows 7 specifically designed for netbooks. ComputerWorld, on the other hand, is calling BS and pointing out that early builds of Windows 7 run just fine on netbooks so there’s no need for a custom version. I’ve seen plenty of reports of users installing Windows 7 on netbooks, and the OS apparently runs as well or better than Windows Vista, and some people say it performs even better than Windows XP.

But you know what? That might not be the point. Microsoft could decide to release a netbook-only version of Windows 7 and here’s why: money.  Right now the company is offering deeply discounted versions of Windows XP to netbook builders in order to convince them to install the OS on cheap laptops rather than using free and open source software like Linux. If Microsoft chooses to charge mini-laptop makers full price for Windows 7, it could push many companies to seriously reconsider Linux, because a large part of the appeal of netbooks is the low price.

So Microsoft could strip a few features from Windows 7 and lower the licensing fee. It’s not that you couldn’t run the full version of Windows 7 on netbooks. It’s just that Microsoft may not want you to. That’s the same reason most netbooks running Windows today come with Windows XP Home Edition instead of Windows XP Pro. In order to preload XP Pro, computer makers would have to pay full price for the software.

10 replies on “Will Microsoft release a netbook-specific version of Windows 7?”