Over the past few years we’ve seen a couple of smartphones with a color screen on front and an E Ink display on back, but none have been made by particularly well known phone makers.

Meanwhile, LG has developed a line of smartphones with a different sort of dual-display setup: the LG V10 and V20 feature secondary always-on screens above the primary display so you can view notifications, shortcuts, and other content.

Now it looks like Chinese phone maker Meizu may be combining the two ideas by putting a small E Ink display on the back of the phone, allowing you to view notifications without turning on the primary screen.

Update: It looks like the secondary screen may be a color display, which doesn’t rule out E Ink, but it makes it more likely that the screen will use LCD or AMOLED technology. 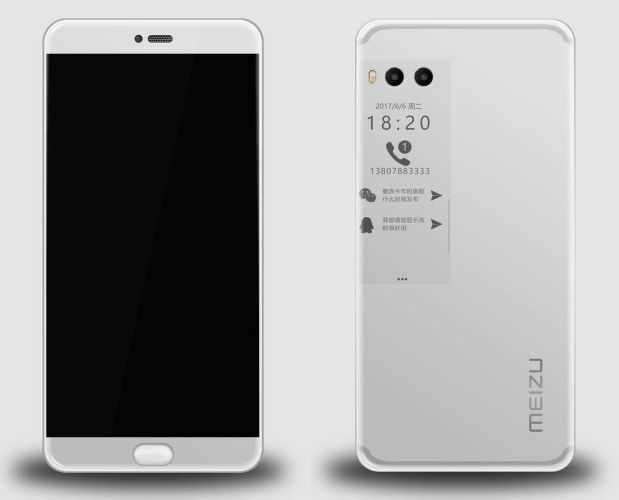 Last week a set of images showed up on Chinese social network Weibo, allegedly showing the design of the upcoming Meizu Pro 7 smartphone. From the front, it looks just like dozens of other Android phones, with slim size bezels, a home button below the screen, and a camera and speaker above the display.

But the back of the phone features an electronic paper display below the dual-camera system. Unlike the Yotaphone line of devices, which have large screens that cover much of the back of a phone, the Meizu Pro 7 pictures seem to show a much smaller screen that could have limited functionality: you’re not going to use a screen this small for reading eBooks, for example.

Of course, anyone can mock up a fake picture of a phone and try to pass it off as an official image. But the rumor of an upcoming dual-screen phone from Meizu gained a bit of credibility today thanks to a new set of photographs that seem to show the back cover of the upcoming phone.

While there’s no E Ink display (or camera, or much of anything else) shown in the picture, what we do see is a shell that has room for an ePaper display in the exact space where one is depicted in the rendered images. 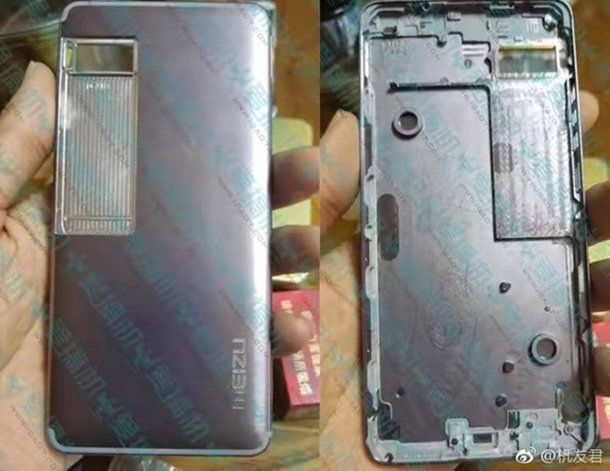 According to Chinese site Anzhuo, the secondary display could be used to show the time, date, reminders, chat messages, and other information.

The phone is expected to feature a 5.2 inch, 1920 x 1080 pixel color display on the front, a MediaTek Helio X30 processor, and a dual camera system with Sony IMX386 and Sony IMX286 image sensors.

There’s no word on whether this will be one of the handful of Meizu devices that eventually gets sold outside of the company’s home country of China. But that’s OK, because at this point there’s still no word on whether any of the details that have leaked so far are even accurate.

4 replies on “Will Meizu’s Pro 7 smartphone have a small E Ink display on back? Update: or maybe a color screen”