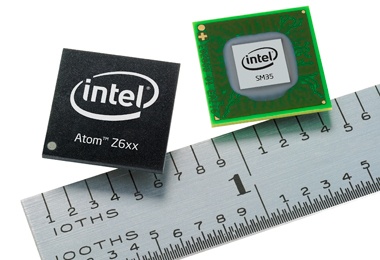 Chip maker Intel may have made a name for itself by building platforms for Windows and OS X computers, but with virtually every PC maker getting into the low power consumer tablet space Intel finds itself struggling to compete in the mobile space against ARM-based chip manufacturers. So Intel is starting to push its next-generation low power Atom chips for tablets running Windows and MeeGo Linux. But DigiTimes reports that Intel will also launch a platform for Android 3.0 tablets later this year.

This is just an industry rumor at this point and Intel isn’t commenting. But we’ve already seen that the Google Android operating system is perfectly capable of running on devices with Intel processors.

The platform is reportedly called PRC Plus and the idea is that hardware makers can save on Windows licensing costs by using the open source Android operating system, but offer more performance than you would get from an ARM-based chipset.

This might explain why Gigabyte is planning to launch a line of dual boot tablets running both Android and Windows this Fall. It would also explain why portions of the Android 3.0 source code seem to show support for x86 processors.