The Wikipad is a 7 inch Android tablet designed for gaming. You can slide it into a handgrip case with game controller buttons on either side. When the company first unveiled the tablet the plan was to sell it for $499.

By the time it actually launched in mid-2013, it was priced at $249. And now you can pick one up for less about half the price of an iPad mini with Retina display.

Wikipad has dropped the price of its gaming tablet to $199. 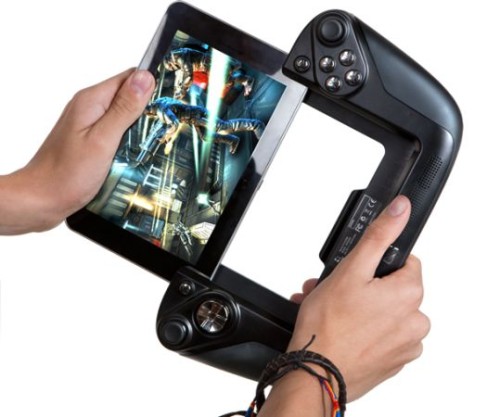 That’s a pretty decent price for a decent tablet, although the Wikipad 7’s hardware is starting to look a bit dated. It features a 7 inch, 1280 x 800 pixel display, an NVIDIA Tegra 3 quad-core processor, 1GB of RAM, 16GB of storage, and Android Jelly Bean software.

Basically it’s a tablet with the specs of a 2012 Google Nexus 7… but with an optional case that adds physical game buttons. The tablet also has a 2MP front-facing camera and an SD card slot.

Wikipad’s tablet also comes with a number of apps and games preloaded including Dead Trigger 2, the Google Play Store, and NVIDIA TegraZone.