Wikipad plans to start selling a $249 Android tablet designed for gaming this spring. And unlike the $499 model the company never delivered last year, it looks like the new 7 inch gaming tablet should be ready to go soon.

The first unit rolled off the production line today. 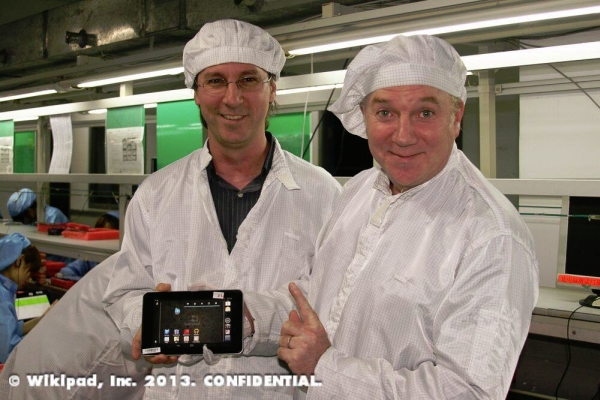 The new Wikipad 7 sports an NVIDIA Tegra 3 quad-core processor, a 7 inch, 1280 x 800 pixel display, 1GB of RAM, 16GB of storage, WiFi, and Bluetooth. It sounds a lot like a Google Nexus 7, but there are a few key differences.

First, the Wikipad will feature a gaming controller which surrounds the tablet, adding analog sticks, a D-Pad, and physical buttons.

Second, it has a microSD card. Third, (and this isn’t particularly a good thing), the Wikipad is expected to ship with Android 4.1, while Google’s tablet has Android 4.2.

Still, if you like the idea of gaming on a seven inch tablet, prefer physical buttons to on-screen controls, and aren’t interested in an Archos GamePad or JXD S7100, it’s nice to see that another option is on the way.