The BlackBerry PlayBook probably isn’t at the top of anyone’s tablet wishlist right now — not that it’s ever been high on the list for most shoppers. Sales have never been particularly strong, and the recent announcement that the PlayBook won’t be upgraded to BlackBerry 10 didn’t help. Nevertheless, the PlayBook is an option worth considering if you’re shopping for a small tablet — especially if you’r on a budget. 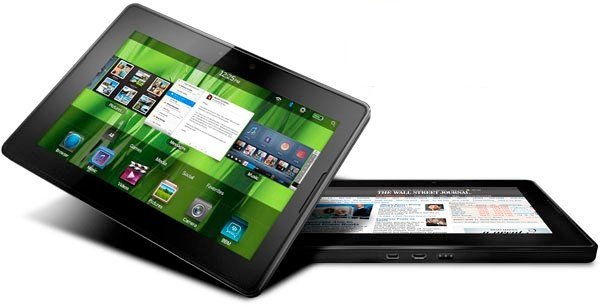 Its biggest selling feature right now, of course, is its price. BlackBerry has been discounting the PlayBook for years now. In 2011 the PlayBook sold for $299 and up. Today you can pick one up for a fraction of that.

All4Cellular is selling refurbished models for as little as $130. And you can pick up a new 64GB model from Amazon

for nearly $30 less than the price of a 16GB Amazon Kindle Fire HD.

An iPad mini with 64GB costs a whopping $350 more than the PlayBook.

Yes, you make certain sacrifices when you buy a PlayBook. You won’t have access to hundreds of thousands of apps like you do with an Android tablet or an iPad. You do, however, have a lot of solid choices available in App World, including popular titles like Evernote, Zinio, IM+, and Angry Birds. The PlayBook also comes with some great built-in apps. BlackBerry’s Facebook app is particularly good, and DocsToGo is an excellent mobile productivity suite. The PlayBook’s video player also supports loads of different formats, including .MKV.

Beyond that, you get a device with a very good web browser. It’s fast and standards-compliant (thanks to its WebKit core), and it also supports Adobe Flash. Yes, there are people who consider that a good thing. Up here in Canada, for example, it means that I can watch TSN’s sports programming on the PlayBook — something I can’t do on my Nexus 7 or iPad.

One other really great feature of the PlayBook is the fact that it supports Wi-Fi file sharing by default. If you’ve got your PlayBook attached to your wireless network at home, you can dump songs, movies, and documents onto it without ever plugging it into your your computer. Just browse for it on the network and copy and paste your files. It’s so much more convenient than fighting with iTunes.

What else is there to like about the BlackBerry PlayBook? It’s well-built and feels like a premium device — much nicer than the Nexus 7 and it’s only 60 grams heavier. It’s also got very good battery life. The problems that plagued it when it first launched have long since been fixed by software updates.

And again, there’s the price. If you do enough digging on the web, you may be able to find floor models, returns, or refurbs for less than $100. Staples Canada was recently selling off 32GB PlayBooks for around $90. At that price, the PlayBook is an absolute steal — even if you never use it for anything more than a portable media player. You would, though. It’s an excellent little device, and well worth snapping up if you can find it at a bargain-basement price.

25 replies on “Why the BlackBerry PlayBook is still worth buying”