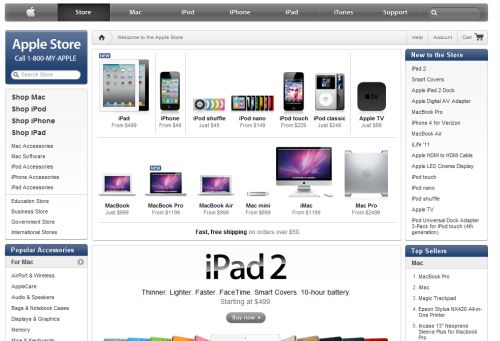 You’ve probably noticed that virtually every PC and phone maker is rushing to put out a tablet this year. The iPad has been a huge hit for Apple, and nobody wants to miss the boat if it’s not just Apple’s individual product but the entire category of slate-style devices really starts to take off. That all makes a lot of sense. But what doesn’t necessarily make sense is trying to create an entire Apple-like ecosystem. Or rather, it makes a lot of sense for device makers, but not necessarily for consumers.

Let’s break it down. The Apple iPad syncs with iTunes, where you can purchase apps, music, movies, and books to enjoy on your iPad, iPhone, or computer. The iTunes system also works rather nicely with Apple computers — although the software can also run on Windows machines. Basically if you’re a Mac person, you’re all set. You buy a Mac computer, an iPhone, iPad, and maybe even an Apple TV and everything works seamlessly together.

Things get a little more complicated though, if you’re HP, Dell, Acer, Lenovo or another PC maker. That’s because while Apple has maintained tight control of the hardware and software sides of its business, most PC manufacturers have been in the hardware business. Sure, they develop value-added software that’s designed to make their Windows computers look more appealing. But most people I know ignore those apps altogether, or uninstall them at the first chance.

The truth is that a large portion of the public views PC brands as interchangeable. Sure, some companies have better reputations than others for building reliable products, offering good customer service, or offering good bargains on products. But you can walk into any computer store today and buy any brand name (or generic) desktop or laptop PC and have a pretty good sense that it will run most Windows apps just fine. If your Dell computer dies today there’s nothing stopping you from picking up a Lenovo computer to replace it tomorrow and moving all of your files and settings from one PC to the next.

Acer has introduced a new Clear.fi service and a media store that’s designed to work across computers, tablets, and other Acer devices.

HP is going a step further, eschewing Google Android and instead launching a line of phones and tablets running webOS software — which will also be able to run on HP desktop computers. The company may also be developing its own music and movie stores.

Sony is expected to launch a tablet with tight integration into its Playstation network.

Research in Motion doesn’t make computers, but the company’s BlackBerry PlayBook features tight integration with BlackBerry smartphones. In fact currently the only way to get online using a 3G connection, or to view a native BlackBerry Calender or Contact app is to pair the tablet with a phone.

You know what all of these plans have in common? They’re examples of companies trying to create an Apple-like ecosystem, where you get more out of the experience if you only buy Acer, HP, Samsung, Sony, or RIM products. But I’m not convinced that will work for companies with a long history of making products that are interchangeable with those of their competitors. They’d have to retrain consumers to think there’s something special about their devices, while Apple has been doing that since day one thanks to its proprietary hardware and operating system.

If you buy an HP computer, it will run almost any app that’s available for an Acer computer. But if you buy an HP TouchPad running webOS, it will not be able to run apps designed to run on the Acer Iconia Tab A500 which runs Android. I think that’s going to confuse customers who have been used to the interchangeability of Windows PCs or Android devices.

I’d be surprised if HP didn’t provide a way to use the tablet with a non-HP computer, and I certainly hope that music or movies you purchase from the HP media store will be playable on a Samsung tablet — but the experience won’t be as seamless as using Apple products, and it’s not clear that you’ll be able to run webOS apps on anything but an HP device.

So what’s the solution? Honestly, it might be to leave the whole software ecosystem to third parties. After all, HP, Dell, Acer, Lenovo, and most other PC makers have been happy to let Microsoft develop operating systems for the past 20 years.

Google is expected to launch its own media store for Android soon. The experience of using an Android tablet and media purchased from Google will likely be the same no matter what kind of PC you use.

That’s not to say a Google ecosystem is the only viable alternative to Apple’s. Amazon is rumored to be working on a tablet which will feature tight integration with the company’s digital media stores. In some ways, I think Amazon could offer an even more compelling media purchasing/viewing experience on an Android tablet than an all-Google tablet. Amazon already offers its own app store, eBook store, MP3 music store, and a cloud storage service which lets you upload your music collection to the web and listen on an Android device.

What would set an Amazon tablet apart from a Sony, HP, or Acer device is the fact that Amazon has already built a strong ecosystem for purchasing and accessing media across a variety of platforms. Instead of trying to build one from scratch to work with existing hardware, Amazon may be taking the opposite approach of building hardware to showcase its software — but there’s probably nothing stopping HP, Lenovo, or another company from simply buying into an Amazon or Google ecosystem and sharing the profits from media sales… except for the hope that by going it alone they can become the next Apple.