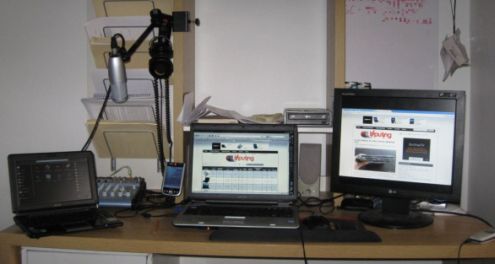 Ever wonder where the magic that is Liliputing happens? Well, even if you haven’t, here it is. Xavier at Notebooks.com decided to start asking tech bloggers for pictures of their workspaces the other day. So I snapped a quick photo of my home office and sent it off to him. pardon the mess, but that’s honestly what my workspace looks like on most days.

If you’re curious about what you’re looking at, here’s the rundown, from left to right:

Want to know what other tech bloggers desks look like? Make sure to check out Xavier’s article. James Kendrick of jkOnTheRun also wrote up an article recently about his new workspace.