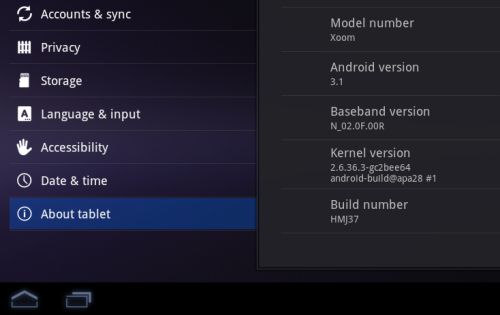 Google Android 3.1 has been rolling out for Motorola XOOM units for the past few days. While Google officials initially stated that the update would be available for Verizon XOOM 3G customers first, a number of people with WiFi-only tablets have also confirmed that they’ve received the update. Today I got an update notification on a Motorola XOOM 3G which has never been activated with Verizon. Effectively it’s an overpriced WiFi-only model with a bit of extra hardware.

The entire update takes about 5 minutes. Here’s how it works. 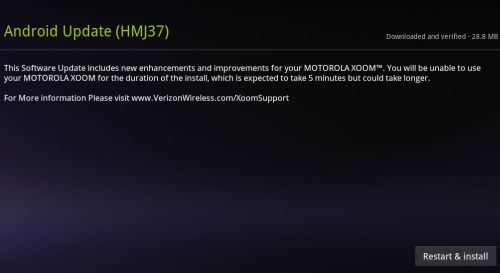 One day when you unlock your device you’ll get a prompt letting you know that a software update is available. If you accidentally dismiss this, don’t worry. Just open up the tablet’s settings menu, click “About tablet,” and then choose the System updates option.

Click the “Restart & install” button and all you really have to do now is wait. 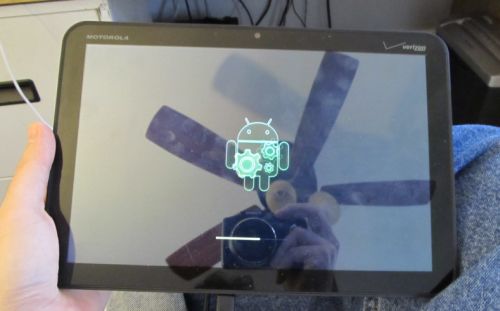 It will take longer than usual for your device to reboot though. First you’ll see a screen with an Android logo covered in gears, and a progress bar. 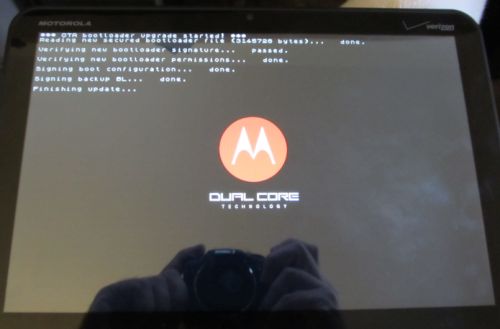 Once the progress bar gets to the end your device will show a Motorola logo and some text will run across the screen. After that, you get the usual Honeycomb boot animation for a few moments… and that’s it. All you really had to do was hit the restart and install button.

Android 3.1 doesn’t bring a ton of new features, but you do get  the ability to resize some home screen widgets, a better “recent apps” switcher, a new quick-menu option in the web browser, support for video rentals from the Android Market, and support for Google’s new online music service — if you’re already part of the beta. The user interface and web browser performance also feels a bit faster after the update.

4 replies on “When the time comes, installing Android 3.1 on the XOOM takes about 5 minutes”