Facebook-owned chat app WhatsApp is used by as many as a billion people. But a small number of those people might have to look for other solutions later this year, because WhatsApp has announced it’s ending support for a few platforms.

The news probably says more about the tiny amount of market share held by those platforms than it does about WhatsApp though… honestly, not all that many people will probably be affected by WhatsApp’s move. 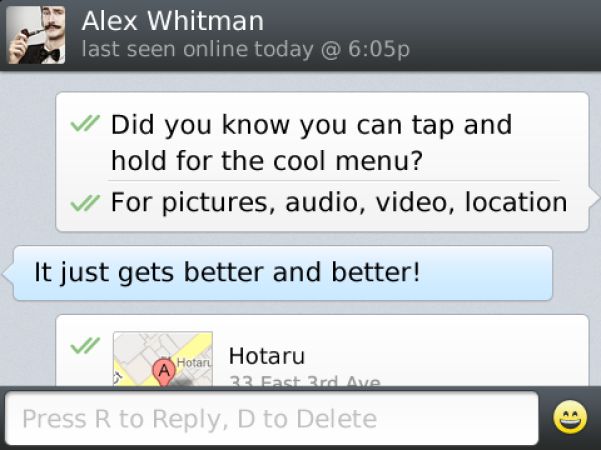 WhatsApp is an alternative to text messaging that’s used by millions of people around the globe. While it’s not all that popular in the United States, it has a huge international user base, with many users in countries where SMS and MMS are relatively expensive options.

While there are plenty of internet-based chat applications, WhatsApp is popular because it’s cross-platform, easy to use, and tied to a phone number, making it easy to find contacts that are already in your phone’s contact list.

By the end of 2016, WhatsApp will end support for:

The app will continue to work on recent versions of iOS, Android, and Windows Mobile. Those operating systems are on the vast majority of the world’s smartphones.

WhatsApp says it wants to focus on apps for operating systems that “offer the kind of capabilities we need to expand our app’s features in the future.” But at least one of the operating systems that WhatsApp is abandoning is a modern OS with modern features. But BlackBerry 10 has a tiny market share, suggesting that it might just not be worth the developers’ time to continue supporting a native WhatsApp client for the platform.

On the other hand, BlackBerry 10 users can install some Android apps from the Amazon Appstore… so maybe users will be able to continue using WhatsApp by installing the Android version.