While the update begins rolling out today, Microsoft started talking about it in June and members of the Windows Insider program have been testing preview builds for a while. So we have a pretty good idea of what’s new.

Here are some highlights. 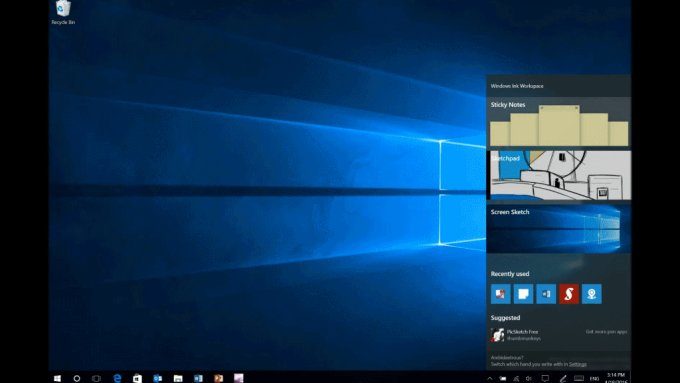 Microsoft has been working to make Windows into an operating system for both desktop and tablet computers, as well as 2-in-1 devices. The Anniversary Update includes some advanced features for digital pen input.

Windows has included pen support for years, but Windows Ink is a new set of tools that include sticky notes, a virtual whiteboard, and integration with the Edge web browser, Microsoft Office, and Bing Maps, allowing you to write or draw notes on websites, maps, and other content.

You’ll need a device with an active digitizer and a special pen to make use of the new Windows Ink workspace. You can launch the Ink experience just by clicking a pen.

The Edge web browser now supports extensions. It might be easy to forget that this is a new feature, since we’ve been talking about it for so long. But up until now, if you wanted to install third-party extensions in Microsoft Edge, you needed to install a Windows Insider Preview build of Windows 10.

Now extensions are available to everyone. 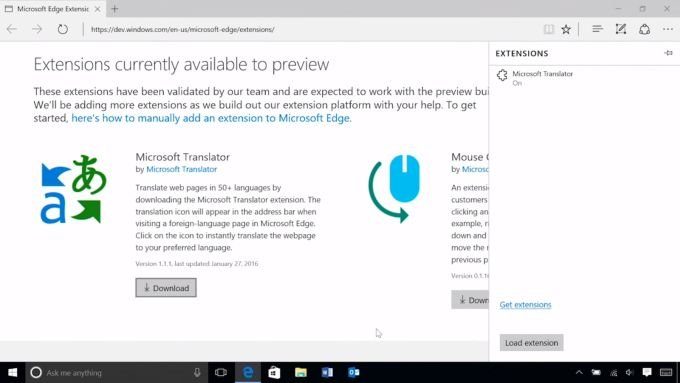 Some of the available extensions include Amazon Assistant, Evernote Web Clipper, Office Online, LastPass, AdBlock Plus, Microsoft Translator, Reddit Enhancement Suite, and Save to Pocket.

Edge also now supports website notifications, allowing you to opt in to receive alerts from some websites even when your browser isn’t open. Notifications will be displayed in the Windows 10 Action Center.

Windows 10 introduced a new security feature called Windows Hello which lets you login to your PC using facial recognition, fingerprints, or other biometric features if you’ve got a computer with the right sensors or cameras.

Now you can also use Windows Hello with some apps and websites. Some Windows 10 apps such as Dropbox will let you login using biometric security, and select websites now support Windows Hello logins when you’re using the Microsoft Edge web browser.

Microsoft’s digital assistant software made its debut on phones and came to desktop, notebook, and tablet computers with Windows 10.

The Anniversary Update includes tighter integration with Cortana. There’s no longer a separate desktop search tool. Start typing a search query into the Start Menu or Start Screen and your search will be completed by Cortana.

If you’re not keen on sharing all of your personal data with Microsoft, you can disable some Cortana features. 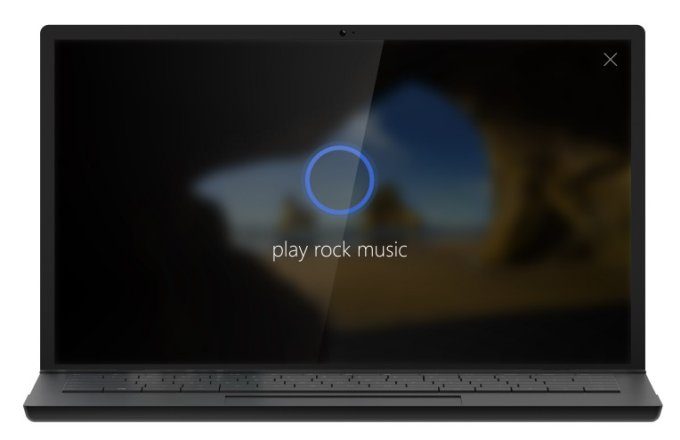 If you do plan to use Cortana though, some functions will be available even before you unlock your device. You can now view notifications, set reminders, play music, and do more from the lock screen.

Another interesting feature is support for viewing notifications from your phone on your PC… and that’s not just for Windows 10 phones.

If you install Microsoft’s Cortana app on your iPhone or Android phone and log in with your Microsoft account, you can set up the app to show notifications on your desktop.

This lets you receive low battery notifications and other alerts. Android users can even view and respond to SMS messages from the Windows Action Center — your response will be transmitted to your phone and then sent to the recipient as a normal SMS.

You can also view notifications from other apps, and you should be able to dismiss them… but the feature doesn’t always work. And responding to other types of notifications with written responses can be hit or miss.

Like earlier builds of Windows 10, the Anniversary Update basically has two parts: a menu on the left and live tiles on the right. But the menu area has been refined.

Instead of showing apps at the top and links for File Explorer, Settings, Power, and “All Apps” underneath, the menu shows all your apps in a scrollable view. The other items are represented by smaller icons to the left of the menu.

One of the weirdest/coolest features in the Windows 10 Anniversary Updae is aimed at developers, but potentially useful for geeky folks who split their time between Linux and Windows.

Windows 10 now includes a Windows Subsystem for Linux which basically means that you can run some Linux software on Windows. 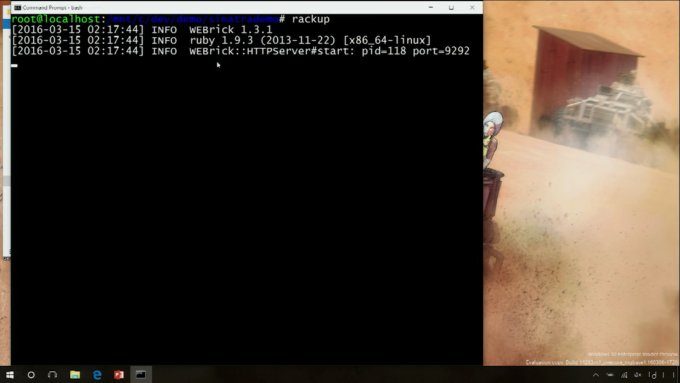 There’s an Ubuntu file system in place, support for the Bash terminal, and out-of-the-box support for many command-line Linux tools. Some native Linux commands are translated into Windows calls, allowing Linux software to interact with the Windows computer.

Some folks have even managed to massage things a bit to run native Linux desktop applications (and even desktop environments) inside of Windows. But the real goal here is to allow developers to interact with some of their favorite tools while using Windows 10 computers: no dual-booting required.

There are a whole bunch of other changes in the Anniversary Update, including: