Pebble has announced it’s going to stop selling smartwatches now that Fitbit is acquiring the Pebble’s software-related intellectual property, but not the company’s hardware business.

So what does that mean for companies that are making hardware designed to work with Pebble watches? At least one group working on a smartstrap is abandoning its project, while another hopes to at least deliver on its initial promise.

Pebble introduced the smartstrap system in early 2015. The idea is that you could buy a Pebble watch and use all of its built-in features for smartphone notifications, fitness tracking, third party apps, and more. But if you wanted functionality that wasn’t included in the watch itself, you might be able to buy a special wrist strap that adds things like GPS or NFC.

It took a while for developers to warm to the platform, but we were expecting the first crowdfunded smarstraps to ship this year.

Now that Pebble is pretty much shutting down, the makes of the Fit Pay Pagaré smartstrap have announced that they will not deliver their promised wrist strap with support for NFC contactless payments.

The team raised over $200 thousand for the project through a Kickstarter campaign (or about $185 thousand after fees), but Fit Pay says it’s already spent more than $640,000 designing and developing the product. The plan had been to sell enough straps to offset those costs and hopefully eventually make a profit… but with Pebble canceling its products, it seems unlikely that this will happen.

If you backed the Pagaré crowfunding campaign, you might be hoping to get a refund for your money… but you’re out of luck. While Kickstarter does require organizations that cannot deliver their promised rewards to use any remaining funds raised to issue refunds, Fit Pay says all of the money it raised has already been spent.

Meanwhile, the makers of the Pal Strap with an extended battery and GPS receiver aren’t giving up yet. They note that about half of those who have backed their campaign are Pebble Time smartwatch users, which means they already have their watches and aren’t waiting for a product Pebble may never deliver. 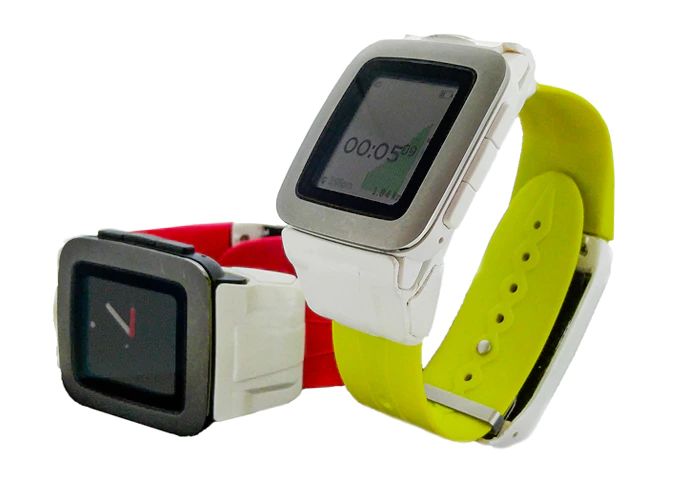 Development of the Pal Strap is reportedly 80 percent complete, so the group plans to finish the work and begin shipping the product to backers in January (which is a slight delay from the original estimated ship date of December).

Some Pebble Time 2 units have already been delivered, so the Time 2 version of the Pal Strap may still have an audience.

But while Pebble says its existing smartwatches will continue to function for now, the company is no longer honoring warranties and will no longer offer software updates. That means there won’t be any bug fixes or security patches. And it also means that over time Pebble watches may become less useful: for instance, there’s no guarantee they’ll work with the next versions of Android or iOS.

Another crowdfunding smartstrap that had been under development is the Tylt VÜ Pulse heart rate monitor. Tylt hasn’t yet weighed in on the future of that product.