Last week, I was all set with my popcorn and soda to watch the live stream of Apple’s “Spring Forward” event. By 10:02, the stream still hadn’t started on any of my devices, so I knew something was wrong.
I logged into Twitter to see if anyone else was having a problem seeing the event. I noticed that one of the tech news writers I follow had posted a live stream via Meerkat of Apple’s event, right from his seat in the audience. It was pretty cool to see the event from his point of view.

Meerkat is a live stream video app specifically for Twitter that allows users to stream what they are doing right now. Similar to Snapchat, the video goes away forever once the user is done. Currently, the app is only available on iOS, but you can watch the videos from any web browser. 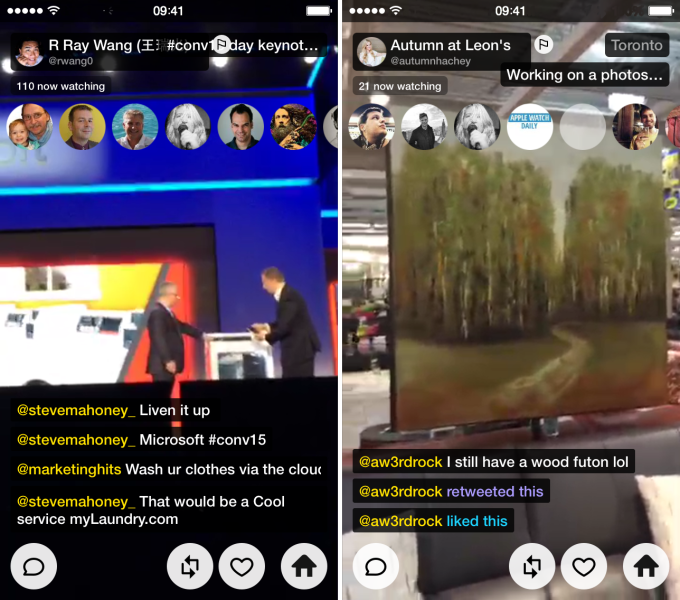 To start a video stream, download the Meerkat app and log in with your Twitter credentials. You will see two buttons, one for posting a schedule announcement and one to start your live stream video. Type in a few words about your video and tap one of the buttons.

When you tap “Schedule,” you will be asked to enter a specific date and time. The tweet you send out will specify when your video will go live so that your followers can actually watch it before it is too late.

When you tap “Stream,” you will begin your live video stream. If your followers miss the video, it will be too late for them. Once your video is over, no one can see it.

As far as watching a live stream goes, when you see a tweet that begins |Live Now| and ends with #Meerkat, the link in between will send you to the live stream from that user. You don’t have to download the app to see the feed. You don’t even have to sign up for the service. You can watch the video from your smartphone or computer via the app or a web browser.

I actually prefer to watch live streams more than make them. I don’t do much interesting stuff, so I have little reason to live stream anything. 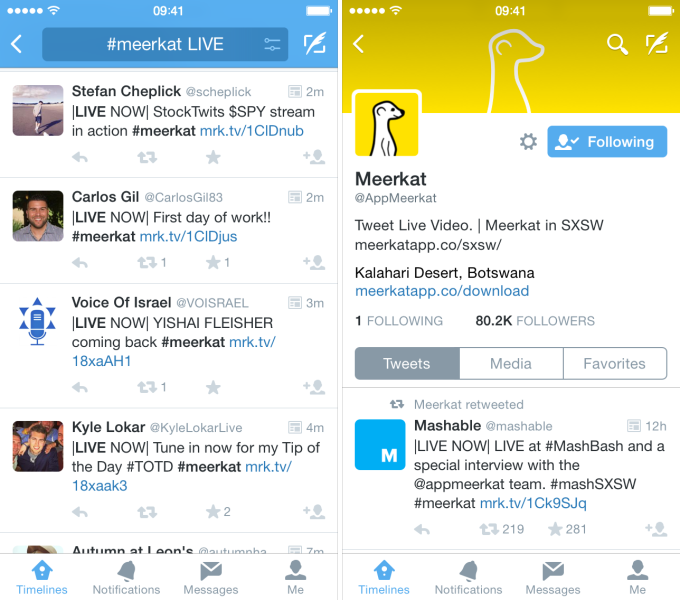 I like to look up the Meerkat Live hashtag on Twitter and scroll through the various Live Now tweets. While writing this article, I watched Microsoft’s Keynote through Meerkat. I also watched a woman setting up for a photo shoot, which wasn’t quite as interesting. But, you can’t win them all.

Luckily, Meerkat isn’t NSFW yet (let me stress the “yet” part). Most of the time it is someone driving to work, following a cat around, or speaking at a convention.

This app was pitched to me as a great way for writers, bloggers, and journalists to interact with their readers through Twitter. A lot of tech writers have been using it for press events. I’ve noticed quite a few journalists that have been posting live streams of South by Southwest (SXSW) events recently.

I have also watched live footage of a police standoff, an employee workout session at Spotify, and a writer literally just sitting at his desk working (that’s what my feed would look like).

For Meerkat enthusiasts looking for random videos to watch, users @jrouah and @laurensigal created a website called MeerkatRoullette (via: TechCrunch) that lets you watch a variety of people doing some pretty boring stuff (if you keep watching, someone will eventually do something funny).

Meerkat’s developer, Life On Air, has also been in the news lately because Twitter blocked the company from accessing its social graph. The social graph is what Meerkat uses to show who follows who on Twitter. 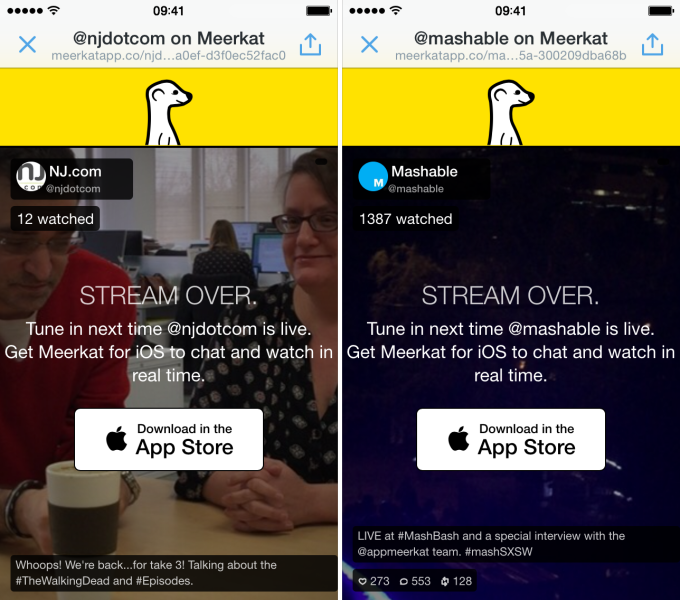 Speaking from personal experience, though, that hasn’t stopped me from thoroughly enjoying this service. I still get notifications when someone I follow on Twitter joins Meerkat and when someone’s live stream begins.

The Guardian recently reported that Twitter bought another live video stream service called Periscope and it is possible that the company will continue to put pressure on Life On Air as it prepares to enter the space with its own service. However, with the huge popularity of Meerkat, it is unlikely that Twitter will successfully stop it from growing. Meerkat received its 100,000th user on Mar. 14, after just two weeks in existence.

If you feel like wasting a few hours of your day, search for Meerkat Live on Twitter and just start watching.