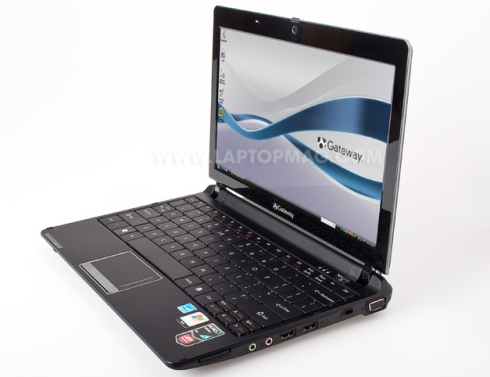 When I started writing about netbooks nearly 2 years ago, the category was fairly easy to define. Netbooks were small, cheap computers. It doesn’t really matter whether you call them netbooks, mini-laptops or something else. What distinguishes these little guys from the vast majority of computers is size and price. It’s not like you couldn’t find a $400 laptop a few years ago, it’s just that it would have had a 15 inch screen and weighed 6 pounds, meaning it wouldn’t be the most portable computer around. And you’d be lucky to squeeze 2 or 3 hours of battery life out of those laptops.

Likewise, there were machines with 9 and 10 inch screens a few years ago. They often weighed 2 pounds or less. And they tended to cost thousands of dollars.

Over the past few months, we’ve seen a lot of people claiming that the distinction between netbooks and laptops are disappearing. It’s true that low cost mini-laptops are breaking out of the mold they’ve worn for the last two years. We’re seeing a growing number with 11.6 inch inch, high resolution screens. And some have AMD or Intel CULV processors. But many of these little machines still weigh around 3 pounds or less and cost $500 or less.

No, of course not! What it means is that there’s plenty of room for variety in the PC space. There’s room for small and cheap laptops, as well as big and cheap ones. There’s room for laptops of all sizes with premium features like quad core processors and Blu-Ray drives. And there’s room for netbooks, or whatever you want to call them. What happened when Asus introduced the Eee PC 701 in late 2007 is continuing to send ripples through the entire PC market. But the most important thing wasn’t that the company introduced the cheapest or smallest computer around. Because the truth is, it didn’t. What the Eee PC 701 did was demonstrate that computer makers can, and should offer computers that were both small and cheap as part of their lineups. And I couldn’t care less if you call them netbooks or not. But these small and affordable machines are what interest me, and what I’ll continue to cover here on Liliputing.

Oh yeah, in case you’re wondering where this rant came from, there were two sources today. The first is Erica Ogg’s CNET article called ‘Time to drop the Netbook” label. As I’ve implied, I’m cool with dropping the label. But the rest of her argument is that there’s no difference between the machines we call netbooks and laptops in general, and I just don’t think that’s true. Don’t forget, it’s not the processor, operating system or screen resolution that makes a so-called netbook. The first machines had Intel Celeron or VIA C7-M processors, 800 x 480 pixel screens, and Linux. Most netbooks today run Windows and have Intel Atom and 1024 x 600 pixel screens. Things change, and that’s fine. But I don’t think Intel, Microsoft, or any other single entity gets to decide what we call a netbook or not.

The other article that got me thinking about the definition of netbooks today was Laptop magazine’s review of the Gateway 3101u published yesterday. The Gateway laptop has an 11.6 inch display and a 1.2GHz AMD Athlon 64 L110 processor. It runs Windows Vista. But it’s small and cheap, and I think if you want to throw a label on it, “netbook” is as good as any. Of course, it’s a laptop too, but that’s because netbooks are a subcategory of laptops, not a distinct category all their own.

This isn’t the first review I’ve seen of the Gateway LT3103u, but it’s one of the most thorough. If you want to know how the machine holds up in terms of battery life and performance, it’s worth a read. In some areas, the AMD processor does outperform the Intel Atom chip found in so many netbooks. But you shouldn’t expect miracles. Still, if you’re in the market for something with a higher resolution screen and larger hard drive than those found in most netbooks, the LT3103u offers a bit of a change of pace.