Intel’s latest Atom processors for tablets, notebooks, and other low power devices are here. The Microsoft Surface 3 is one of the first products to ship with an Intel Atom x7 chip based on Intel’s “Cherry Trail” design, but we should see more devices with Atom x5 and x7 processors in the coming months.

So what should we expect from these new Cherry Trail-powered computers? 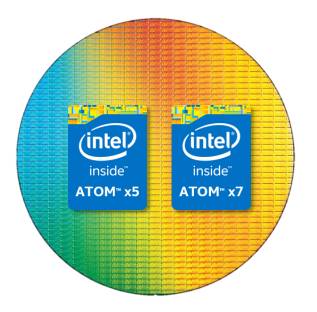 First up, let’s talk about what Intel is promising to deliver. The company’s new chips are based on a 14nm design, compared with the 22nm process used in the “Bay Trail” chip they replace. That’s a 64 percent reduction in the die size which leads to more efficient chips.

According to Intel, if you compare a top-of-the-line Atom x7 chip with a top-of-the-line Atom Z3795 processor from a year or two ago, you’ll see up to 2X better performance in the GFXBench test and up to 50 percent higher scores in 3DMark’s IceStorm Unlimited test. Whichever test you prefer, that spells a big boost in OpenGL and DirectX graphics for better gaming on low-power devices. 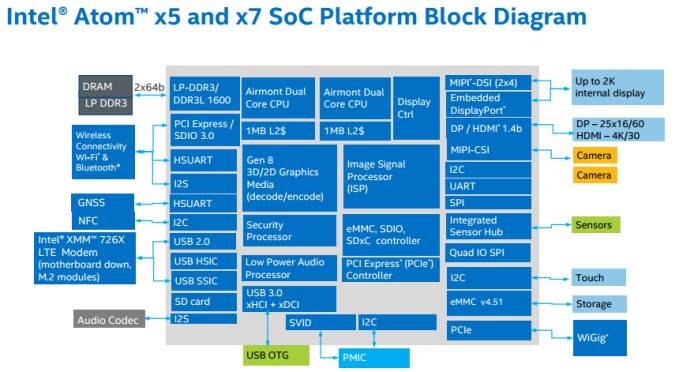 Not worried about H.265 yet? The H.264 codec is less demanding (although it’s also less efficient, which means you need larger file sizes for the same video quality). Intel says its new chips can play 4K videos at 60 frames per second when they’re encoded at up to 250 Mbps bitrates. 1080p videos can play at up to 240 frames per second.

Intel says the highest-performance Cherry Trail chips can also support tablets and notebooks with display resolutions up to 2560 x 1600 while outputting video via HDMI or WiDi to 4K displays.

All of the chips are 64-bit processors which support Windows and Android.

OK, enough about Intel’s promises. What about real-world performance? According to early benchmarks of the Microsoft Surface 3 with an Atom x7-8700 processor, the new chips really do outperform older Intel Atom Bay Trail and Moorefield processors in early benches. Chippy has a roundup at UMPC Portal.