Silverlight is a web technology similar to Adobe Flash which lets developers write web apps such as games or video players. Probably the best known example of a website that uses Silverlight is the Netflix Watch Instantly streaming video service. 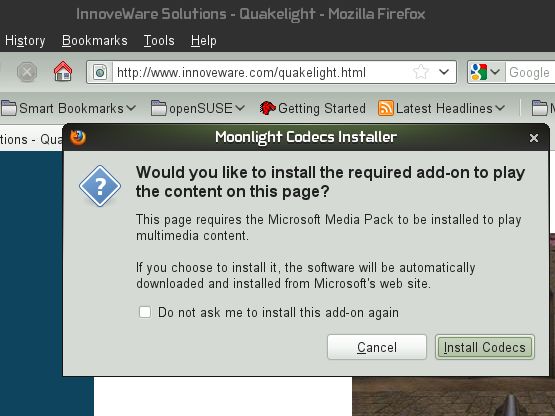 Moonlight started as a tool that would allow users to access Silverlight content while using a Linux or Unix computer. In other words, it would have let you stream Netflix on Ubuntu.

But aside from Netflix, Silverlight never gained all that much traction… and there are even signs that Microsoft isn’t going to be pushing the technology very hard once Windows 8 arrives.

So it’s not a huge shock that when InfoQ interviewed Miguel de Icaza recently, the founder of the Mono project stated that Moonlight has been “abandoned.”

It’s been over a year since the last version of Moonlight was released, and it didn’t support all Silverlight content… such as Netflix, which requires support for DRM — something Moonlight doesn’t currently offer. Now that development has ceased, it probably never will.

That’s not to say Netflix couldn’t add support for Linux without Silverlight or Moonlight. The company already offers streaming video services for iOS, Android, and Chrome OS, and none of those operating systems support Silverlight. But users have been waiting a long time to see Netflix add Linux support… and if I had to guess, I’d say the wait is far from over.

6 replies on “What a little Moonlight can’t do: Open source Silverlight clone is dead”