Researchers at Queen’s University’s Human Media Lab unveiled a flexible smartphone prototype earlier this year that didn’t just have a screen that could bend… it uses the bending motion as a form of input for doing things like flipping through eBook pages.

Now the Human Media Lab is going one step further with the introduction of a WhammyPhone concept. It’s a smartphone that lets you change musical tones by bending the display… just like you’d flex a whammy bar on a guitar. 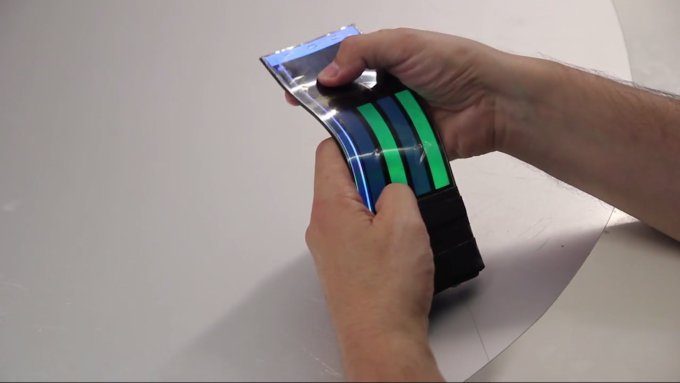 The WhammyPhone prototype has a flexible 1920 x 1080 pixel OLED touchscreen display and a bend sensor that allows software to react when the display is bent.

A demo video shows the WhammyPhone being used to emulate the act of bending a string on a guitar or the motion of moving a bow across a violin. Or you could use bending as another form of input when controlling DJ-style software.

Sure, you could also do all of those things by pressing virtual buttons on a phone. But bending a screen provides tactile feedback, which could be useful for musicians looking to use a pocket-sized gadget for performances.

Right now the WhammyPhone is little more than a technical demo, and it’s not clear if this sort of product will ever come to market.