LG and Audi announced this week that they’re working together on a smartwatch. But Audi didn’t share a lot of details during the press conference.

Now the folks at Android Central tracked down the watch… and found out it’s not running Android. It’s running a custom version of webOS — the same operating system LG uses for its smart TVs (and which used to power Palm/HP smartphones and tablets).

Earlier today the Wall Street Journal reported that LG is working on webOS watches that will launch in 2016. But if this Audi watch protoype is anything to go by, it’s possible that we could see webOS wearables before that. 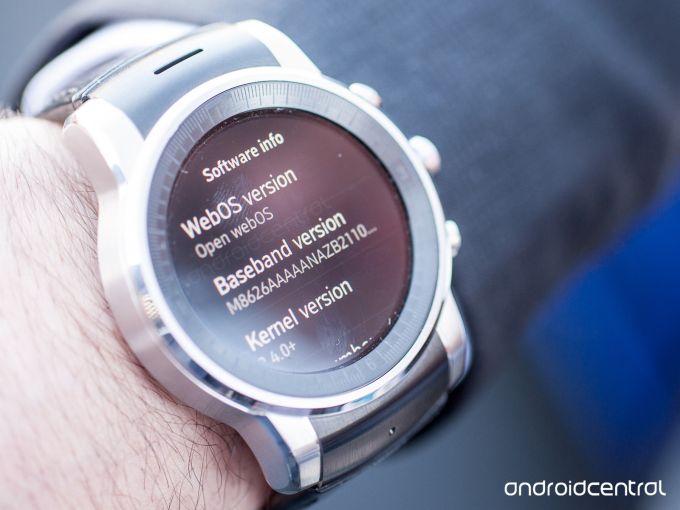 The Audi/LG watch has a round watch face, a stainless steel design, and support for a number of apps including music, calendar, email, messaging, and health apps, as well as a phone dialer: you can make calls on the watch whether it’s paired to a phone or not.

Since this watch is being developed in partnership with Audi, there’s also support for voice commands that let you do things like unlock a car with your voice.

WebOS on this watch doesn’t look anything like webOS for phones, tablets, or TVs. But under the hood it’s running similar code and shows that Samsung isn’t the only company interested in building out its own operating system that can be used on everything from TVs to watches.