The operating system that once powered devices like the Palm Pre and the HP TouchPad is getting another crack at life. A group of developers have taken the source code HP released a few years ago and turned it into something new(ish) called LuneOS.

While the software is still very much a work in progress, you can now download and install the operating system on a handful of devices including the HP TouchPad tablet and Google Nexus 4 smartphone. 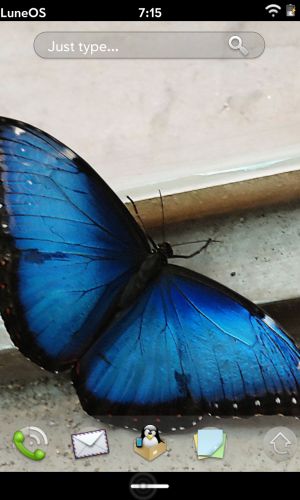 The latest version of LuneOS also works on the Samsung Galaxy Nexus and Google Nexus 7 (2012 WiFi), but those devices won’t be actively supported in the future — although the team is encouraging people to port LuneOS to run other devices.

At this point LuneOS is a pretty simple operating system. It includes a settings app, web browser, email app, and the Preware package management system. There’s also support for over-the-air updates, and the goal is to have rolling release system that lets you apply updates as they become available (without doing a fresh install).

While LuneOS inherits its look and feel from the classic webOS software that shipped on Palm and HP phones and tablets, the user interface has been rebuilt using QT 5.2, QML, Webkit 2 and other modern tools.

The software can also borrow some Android features so that if you install LuneOS on a device that shipped with Android it can make use of the Android graphics drivers and telephony functions. Future builds could also leverage Android’s support for hardware-accelerated audio and video, sensors, and cameras. But don’t expect to run Android apps withing LuneOS: this is a different operating system and it’ll only support webOS/LuneOS apps (or web apps).

Right now if you want a fully functional operating system for mobile devices, you’re better off using Android, iOS, Windows Phone, or even Firefox OS, Ubuntu, or Sailfish. But if you miss the cards-based multitasking system, universal search, and other features of webOS (some of which have started showing up in Android and other operating systems), there may eventually be another option… although it’ll probably never have all the features available in Android and iOS.

WebOS has had an interesting afterlife since HP pulled the plug on its webOS phones and tablets in 2011. The company dumped thousands of tablets at fire sale prices and many people snapped them up for as little as $99 in order to replace webOS with Google Android software… possibly helping show that there is big demand for dirt cheap tablets.

HP turned webOS into an open source project in the aftermath, but never wound up doing much with the software until LG acquired most of the remains of the webOS project from HP in order to build new software for smart TVs.

This year LG started selling those TVs, and they’ve received pretty positive reviews from folks that use them… but a recent GigOm report suggests that a culture clash between the webOS and LG teams has led to some high-profile departures. The simple new TV interface that launched this year almost never saw the light of day and it’s not really clear what the future holds.

Now it looks like webOS might have another way to live on… as a niche mobile operating system maintained by enthusiasts.

4 replies on “webOS rises from the ashes (again) as LuneOS: open source operating system for phones and tablets”