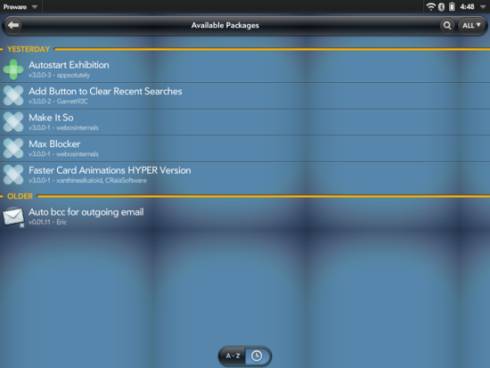 The HP TouchPad has only been available for a few days, but hackers are already starting to develop custom themes and other apps to tweak the tablet. HP’s tablet is the first device to ship with webOS 3.0, but it turns out that the latest version of webOS supports homebrew apps just as well as earlier versions that were designed for smartphones.

The folks at webOS Internals maintain software called PreWare which lets you find and download software that’s not available in the official App Catalog. The folks at PreCentral have a roundup of some of the first homebrew apps for the TouchPad, inclduing one which adjusts the JustType bar and another that changes the system theme by altering the appearance of menus and the app launcher.

We’ll likely see more changes as independent developers have more time to play with the tablet.