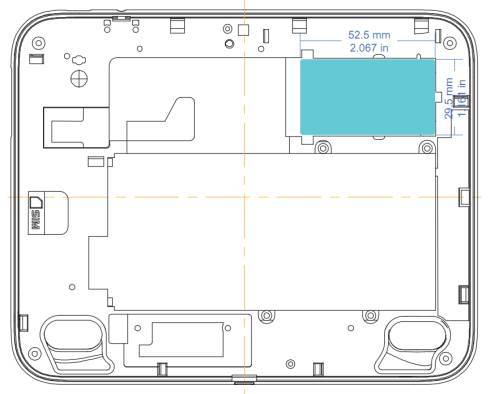 Before HP killed off its webOS hardware division, the company was hard at work creating next-generation smartphones, tablets, and other devices to run the software HP took charge of when it acquired Palm for $1.2 billion last year. Writing for GDGT, a source that claims to have inside information from HP employees reports that the company was getting ready to launch a number of new products to compliment the 9.7 inch HP TouchPad and the company’s smartphones.

The products that will never see the light of day include:

It’s not surprising that HP was working on a 7 inch version of the TouchPad. We’ve been hearing rumors about it for ages and many companies that aren’t Apple seem to like providing customers with phones and tablets in a range of sizes. Given the FCC listing, it looks like this product was very close to shipping when it was canceled.
The netbook is a bit more interesting… and a bit more sad. Before the company was acquired by HP, Palm had been promoting an upcoming device that looked like a laptop with a 10 inch display. It too was canceled before it could ever launch.
The Palm Foleo wasn’t exactly a netbook — instead it was meant to be a companion to a Palm smartphone, allowing you to view your information, surf the web, or perform some other activities on a large display while the phone actually served as the brains of the machine. In many ways, the Foleo was a lot like the Motorola Atrix 4G smartphone’s optional webtop docking station.
Palm killed off the Foleo in 2007, just before netbooks started to flood the market a few years ago. For the last few years we’ve been hearing rumors that the Foleo could make a comeback as a standalone device and before computer manufacturers started going all tablet-crazy, there were indications that HP was planning on building a webOS version of the Foleo when the company bought Palm last year.
According to GDGT, the Dartfish netbook was already being tested internally this spring. But now it looks like it will never see the light of day… just like the Foleo.