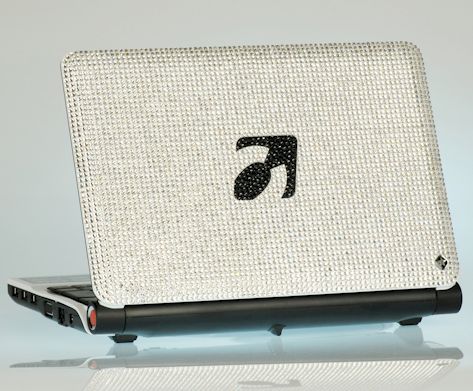 In an effort to differentiate ARM-powered, always-on, low-power mini-laptops from the more traditional PC-like netbooks that have flooded the market over the past two years, Qualcomm started suggesting we refer to the new machines as “smartbooks” earlier this year. The folks at German company Smartbook AG weren’t too pleased with that, and a few months ago the two companies got into a little tussle.

On the one hand, this all feels a lot like the trademark battle over the term “netbook.” Electronics maker Psion held the trademark for a device that it had produced a few years ago and which it insisted was still being sold. But after a few rounds of back and forth, Psion reached a settlement with some of the powers-that-want-the-term-to-be generic. On the other hand, I’m not sure that “smartbook” is generic. It’s not as widely used as smartbook, and while it does a nice job of describing a product class that sits somewhere between a netbook and a smartphone, there are plenty of other words that could be used to describe these new and upcoming devices.

Netbook News.de points out that Smartbook AG doesn’t exactly have an extensive line of mini-laptops, and it’s not clear that calling these new devices smartbooks is going to damage the company’s standing in any way.

I’m not a lawyer and I really don’t know how this will all shake out. But I wouldn’t be surprised if we’re headed for another settlement… or if smartbooks end up going by a different name in Germany only.