After losing its contract to supply graphics technology for use in Apple’s iPhones, Imagination Technologies put itself up for sale last year, and eventually split the company up, with Tallwood buying Imagination’s MIPS CPU design division and Canyon Bridge buying the rest of the company.

Then Tallwood put MIPS up for sale again, and this time it’s being acquired by California-based Wave Computing. 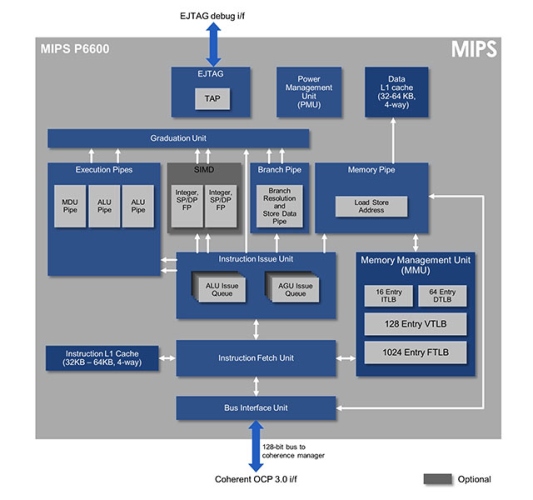 MIPS processors aren’t as well known as chips based on ARM or x86 designs. But MIPS architecture has been around for more than 3 decades and chips based on the technology are used in routers and other IoT devices.

In the past, MIPS-based chips have been used in video game consoles, personal computers, and servers. But the latest MIPS chips aren’t particularly competitive in those spaces.

Wave Computing is focused on artificial intelligence and machine learning, and says the acquisition of MIPS will help “accelerate Wave’s strategy of offering AI acceleration from the Datacenter to the Edge of Cloud by extending the company’s products beyond AI systems to now also include AI-enabled embedded solutions.”

via AnandTech and EE Times