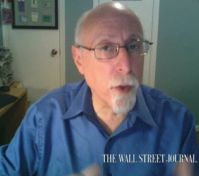 The Wall Street Journal’s Walt Mossberg weighed in on the latest generation of netbooks in his column this week. The last time Mossberg reviewed a netbook was way back in January when he took a look at the Eee PC 701. Since then, netbooks have come a long way, with almost every major laptop maker jumping into the market. The screens are typically larger now, the processors faster, and you get more storage space.

Mossberg took a brief look at four popular models, the Acer Aspire One, the Dell Inspiron Mini 9, the MSI Wind U100, and the Asus Eee PC 1000H. In a nutshell, he thinks the Aspire One has a great keyboard and a lousy touchpad and crappy battery life. The Dell gets good battery life for a netbook of its size, but has a horrible keyboard. He seems to like the MSI Wind and Eee PC 1000H, but notes that the hefty batteries which help you get 4+ hours of battery life add some bulk to the units.

It’s also worth nothing that in his video, I think Mossberg mixes up the Acer and Asus netbooks (something I’ve been cought doing a few times here on the site – seriously, who thought it was a good idea to have two major computer companies with four letter names beginning with A?). He says in the video that the Asus netbook gets less than 2 hours of battery life in his test. But in the written review, that’s what he says about the Acer Aspire One, while stating that the Asus Eee PC 1000H (with a 6 cell battery), gets over 4 hours.

You can find the full video after the break.

One reply on “Walt Mossberg on netbooks”