There are a growing number of 4K media streamers available for $50 or less, including the Amazon Fire TV Stick 4K,  Google Chromecast with Google TV, Roku Streaming Stick+ and Roku Express 4k+.

But Walmart’s new Onn media streamer has them all beat on price. It’s a small Android TV box with 4K support and a $30 price tag.

The Onn media streamer showed up on the Walmart website recently, but it doesn’t appear to be in stock yet. 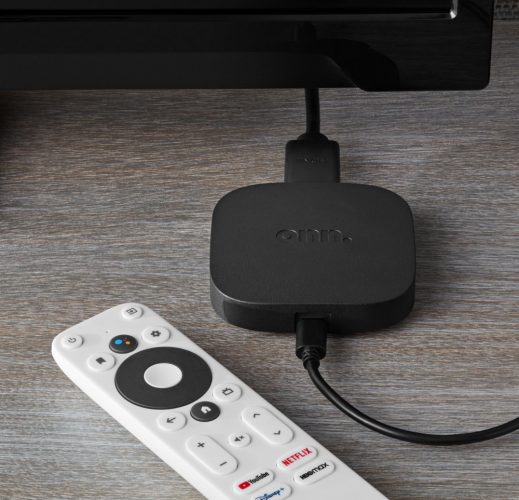 It comes with a 3.3 foot HDMI cable and an AC power adapter with a 3.3 cable. Also included is a remote control with Android TV navigation buttons as well as dedicated buttons for Netflix, YouTube, Disney+ and HBO Max (although it’s possible that you may be able to remap those keys with a third-party app).

The only catches I can see? As mentioned above, you can’t actually buy the Onn Android TV streamer yet, because it’s not in stock and it’s unclear when it will be available. There’s no mention of support for HDR on the Walmart website. And the Onn media streamer does seem to run Android TV rather than Google’s newer Google TV software, if that’s something that matters to you. At the very least, it seems like a given that the device will support the four streaming services printed on the keyboard though.