Now the company has an even cheaper option. The Onn FHD Streaming Stick is a $25 dongle that plugs into the HDMI port of your TV and allows you to stream internet content and install apps and games using Google’s Android TV software. 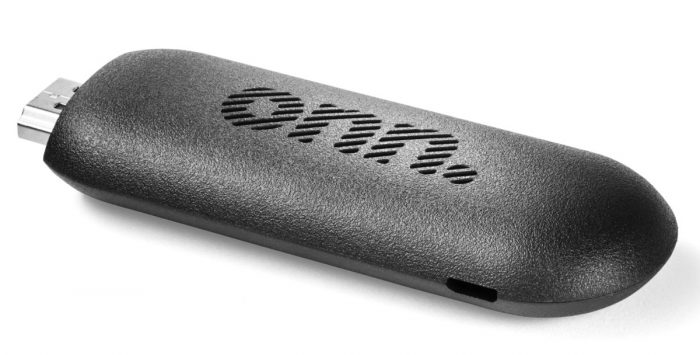 The stick measures 6.4″ x 3.4″ x 1.4″ and it’s designed to plug directly into an HDMI port on your TV, but it also comes with an adapter cable in case the TV is too close to a wall for that to work. It also comes with a micro USB cable and 5V/1A AC adapter for power.

Tech specs include an Amlogic S805Y processor, 1GB of RAM, and support for WiFi 5. That’s not a lot of horsepower, but it should be fine for 1080p video streaming.

But keep in mind that for $5 more you can get a model that not only supports higher-resolution displays, but which also has a faster processor and twice as much RAM. But if you only have a 1080p TV and/or don’t care about running apps and games, the new Onn FHD Streaming Stick is one of the most affordable media streamers available to date.

It also seems to come with the exact same remote control as the 4K model, which means you get a Google Assistant key and shortcuts for YouTube, Netflix, HBO Max and Disney+.

That said, if you’ve got $50 to spare, you could just pick a Chromecast with Google TV instead, which should bring better all-around performance and Google’s newer user interface. When Elias at AFTVNews reviewed the Onn 4K box recently, he was underwhelmed by its performance and image quality.

Or if you’re not set on Google’s smart TV software, Amazon’s Fire TV devices have list prices starting at $30 (although they’re on sale for even less at the moment), and the same goes for Roku’s line of 1080p and 4K-ready media streamers.