Over the past year we’ve seen a bunch of Chinese companies (and a few American ones) launch tiny desktop computers with low-power Intel Atom processors, Windows software, and price tags in the $100 to $200 range. Most feature 2GB of RAM and 32GB of storage, which means you’ll need to connect an external storage device if you want more space for music, movies, apps, or files.

But the Voyo V2 mini PC offers another alternative: It’s available with 64GB of solid state storage and 32GB of eMMC storage, for a total of 96GB of built-in storage space. 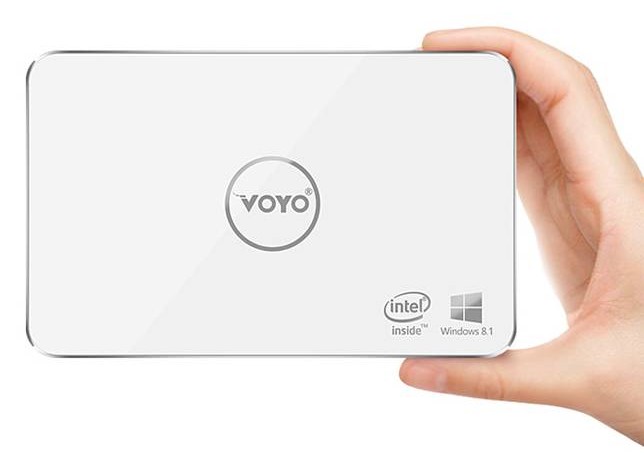 Voyo actually offers two different models of the Voyo V2. You can buy a $124 model with just 32GB of storage space, or pay $134 for the model that has the optional 64GB SSD.

Note that these seem to be promotional prices: while the model with the 64GB SSD is only $10 more right now, that could change in the future.

Both models are available for pre-order from Geekbuying and Gearbest.

There’s also a 4500 mAh battery in the case, allowing you to use the Voyo V2 for a few hours even when it’s not plugged in. Interestingly the model without the SSD actually has a larger, 8,000 mAh battery which suggests there’s more room inside the case when you don’t have an SSD taking up space.

A battery isn’t as useful on a mini-desktop computer as it would be with a laptop, since you’ll probably want to connect a keyboard, mouse, and display (unless you’re using it as a headless file server). But it’s nice to know you can unplug the computer and move it from room to room in your house without rebooting.