Chinese device maker VOYO plans to launch an Android tablet with a 2 GHz Samsung Exynos 5250 dual-core processor. It joins the growing ranks of tablets featuring the speedy ARM Cortex-A15 processor. But it’s one of the first to sport a large 11.6 inch display. 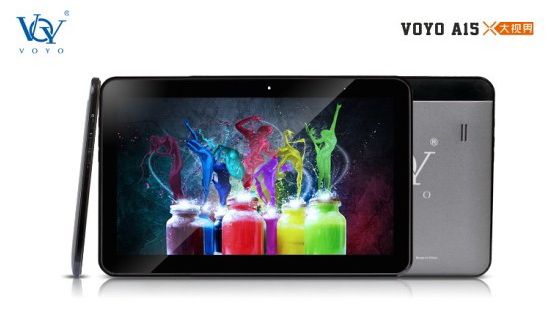 The tablet runs Android 4.2 Jelly Bean, features HDMI and USB 3.0, and has front and rear cameras. The company says the 11,000 mAh battery should offer up to 8.5 hours of run time.

The Exynos 5250 processor is the same chip that powers the Google Nexus 10 tablet. While it’s no longer the fastest ARM-based chip on the market (Samsung has an octa-core version, and Qualcomm and NVIDIA’s latest chips are also pretty zippy), it’s still faster than pretty much any ARM chip released prior to late 2012.

Personally, I prefer tablets with smaller screens, but the VOYO A15’s large display should make it a pretty great device for watching videos or pairing with a Bluetooth or USB keyboard for getting some work done.

There’s no word on if or when we’ll see this tablet outside of China, but it’s available in that country for 1399 yuan, or about $228 US.