There are a handful of companies working to bring GNU/Linux smartphones to market. The Volla Phone is a little different.

The folks behind the phone have launched a Kickstarter campaign in hopes of building a privacy-focused smartphone that ships with a Google-free version of Android.

But if the team reaches a stretch goal, the Volla Phone will also be available with an alternate operating system based on GNU/Linux software. 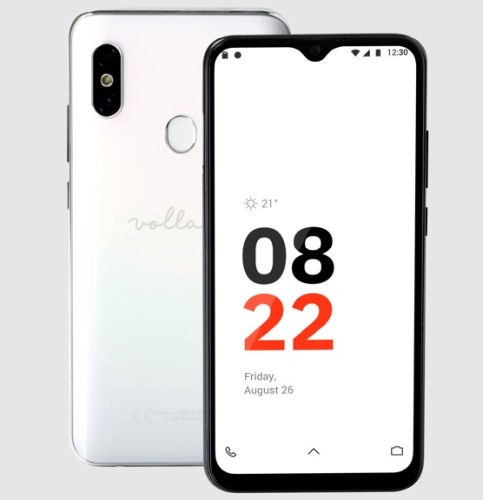 It’s not at all clear that the team will reach its stretch goal… or even its initial goal. The crowdfunding campaign has been live for nearly a month, and has only raised $15,000 toward a goal of over $385,000.

Smartphone projects don’t often do well on crowdfunding campaigns, and with a starting price of about $329, the Volla Phone isn’t exactly an impulse purchase.

But the Volla Phone is interesting for a few reasons. The developers of the project have a working prototype running a custom version of Android called Volla OS. It’s based on Android Open Source Project Code, but lacks Google apps and services.

What it does have are some interesting features including a Springboard that lets you start writing on the home screen to get predictions for actions you might want to complete. For example, you can start writing a name of a contact to bring up the Dialer and place a call. Or start typing a search term to open a web browser and begin a search.

I’m not convinced that would be faster than just launching an app from its shortcut, but it’s interesting to see a project that not only aims to offer an Android phone without Google services, but which does build upon AOSP by adding new features.

The phone also comes with a VPN service pre-installed with free and paid service tiers.

The developers already have Ubuntu Touch up and running on a prototype Volla Phone.

Other features include a fingerprint sensor a USB-C port, a 3.5mm headphone jack, a microSD card reader, and wireless charging support.

via Softpedia, Linux Gizmos, and UBPorts