There’s no shortage of tiny, fanless computers capable of running Windows or LInux software these days. But the Vnopn K1 is a bit unusual since it has a low-power AMD processor rather than an Intel chip.

As spotted by AndroidPC.es, the Vnopn K1 is available from Chinese marketplace AliExpress with prices starting at $134 for a barebones model.

Before you pull out your wallet, you should know that this little computer doesn’t have one of AMD’s newfangled Ryzen processors. Instead it’s powered by a 28nm chip that was released six years ago. 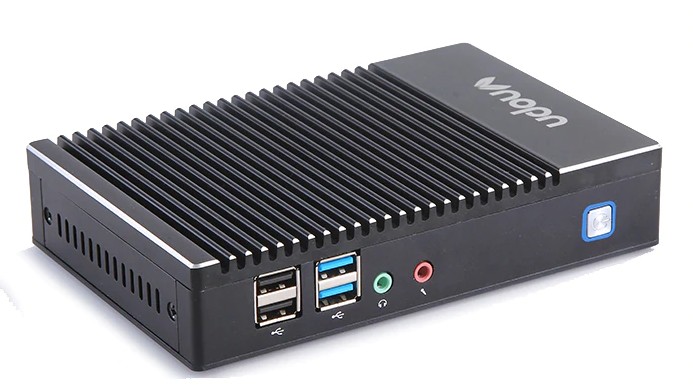 Under the hood, the Vnopn K1 features an AMD A6-1450 processor with Radeon HD 8250 graphics. It’s an 8 watt, quad-core processor with a base clock speed of 1 GHz and support for boost speeds up to 1.4 GHz.

In other words, you’d probably get much better performance from the Kodlix GN41, a Celeron N4100-powered fanless mini PC that sells for $215 and up and ships with Ubuntu or Windows 10.

That said, the Vnopn K1 is a bit smaller than the GN41, measuring 6.2″ x 4.2″ x 1.” It features an aluminum chassis with passive cooling and since there are no moving parts, it should be silent while in use. The A6-1450 processor may not be a powerhouse, but it should be good enough for basic computing tasks.

According to the AliExpress product page, the computer features two USB 3.0 ports, four USB 2.0 ports, an Ethernet jack, mic and headphone jacks, a VGA port, and an HDMI port… but pictures seem to show that the computer has a DisplayPort jack rather than HDMI.

5 replies on “Vnopn K1 is a small, cheap fanless PC with an AMD processor”