Developers released updated versions of VLC for Windows, Mac, Linux, and Android as well as for new versions of the app for platforms including Android TV, Windows Phone, and Windows RT. VLC has also returned to iOS. 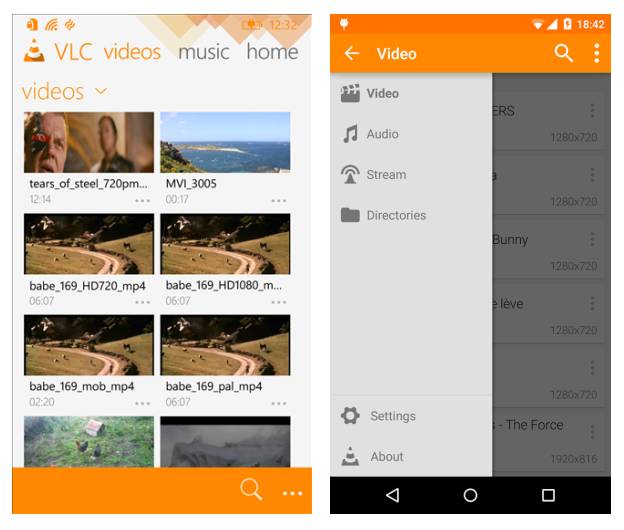 This marks the first time the VLC team has released simultaneous updates for all platforms, but not all features are available in each version of the media player app.

Desktop Windows, Mac, and Linux users, for instance, will now find a sort of app store bundled with the app. This lets them find and install extensions without leaving the app, including an extension that will help you find subtitles for videos.

The Android app, meanwhile, has been updated to use Android 5.0 APIs, feature elements of Material Design, and support for navigating with a gamepad.

The iOS version of the app adds native support for Plex media servers, support for streaming content from Google Drive, and other improvements. But the biggest change to the iOS app is that it’s available from the App Store once again.

via VentureBeat, PC World, and CNET