Chromebooks may be designed first and foremost to run web apps. But there are a growing number of Chrome apps that let you use a Chrome OS computer like, well, a computer.

The latest example? Now you can run a version of the popular VLC media player on a Chromebook or Chromebox. 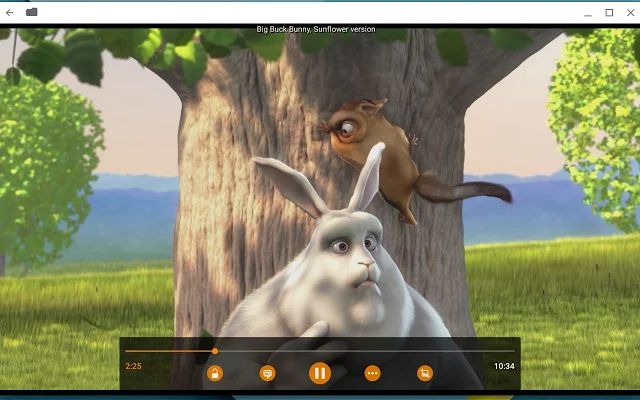 VLC for Chrome OS doesn’t look exactly like VLC for Windows, Mac, or Linux computers. That’s because this is basically a port of the Android version of the app, made using the tools that Google makes available for porting Android apps to Chrome OS.

Chrome OS has its own built-in media player that lets you play some common media formats. But VLC for Chrome OS has a more powerful feature set, support for a wider range of audio and video formats including FLAC and MKV, and support for subtitle files, playlists, and internet video streams, among other things.

Of course most Chrome OS devices have limited storage space, so you’re probably not going to load them up with dozens of feature-length films. But it’s nice to know that you can throw a movie or two on an SD card and watch some videos during your next airplane trip where you might not have internet access for streaming Netflix, YouTube, or other online video services.