[Update: As noted by one of our readers, it appears the non-beta VLC for Android app has already been removed from the Google Play Store. Even weirder.]

There doesn’t appear to be any official information available from VideoLan’s website. In fact, the only Android app listed on the website is the beta version. 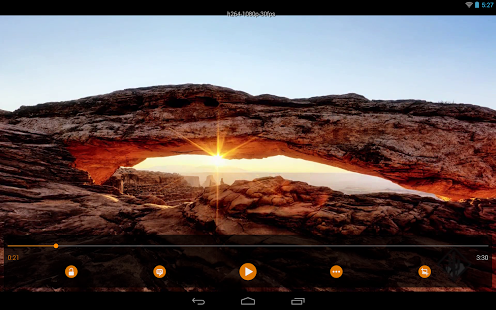 From the app’s summary, it appears that the major difference is that the full version, which launched Feb. 4, 2015 but was subsequently removed, is a port of the desktop program. The beta version, which was last updated Dec. 9, 2014, is a dedicated app for Android, designed specifically for mobile devices.

The full version included the following additional features not included in the beta app:

“All formats are supported, including MKV, MP4, AVI, MOV, Ogg, FLAC, TS, M2TS and AAC. All codecs are included with no separate downloads.”

MX Player is still the most popular media player for Android. However, now that VLC for Android includes all codecs, it may gain some attention.